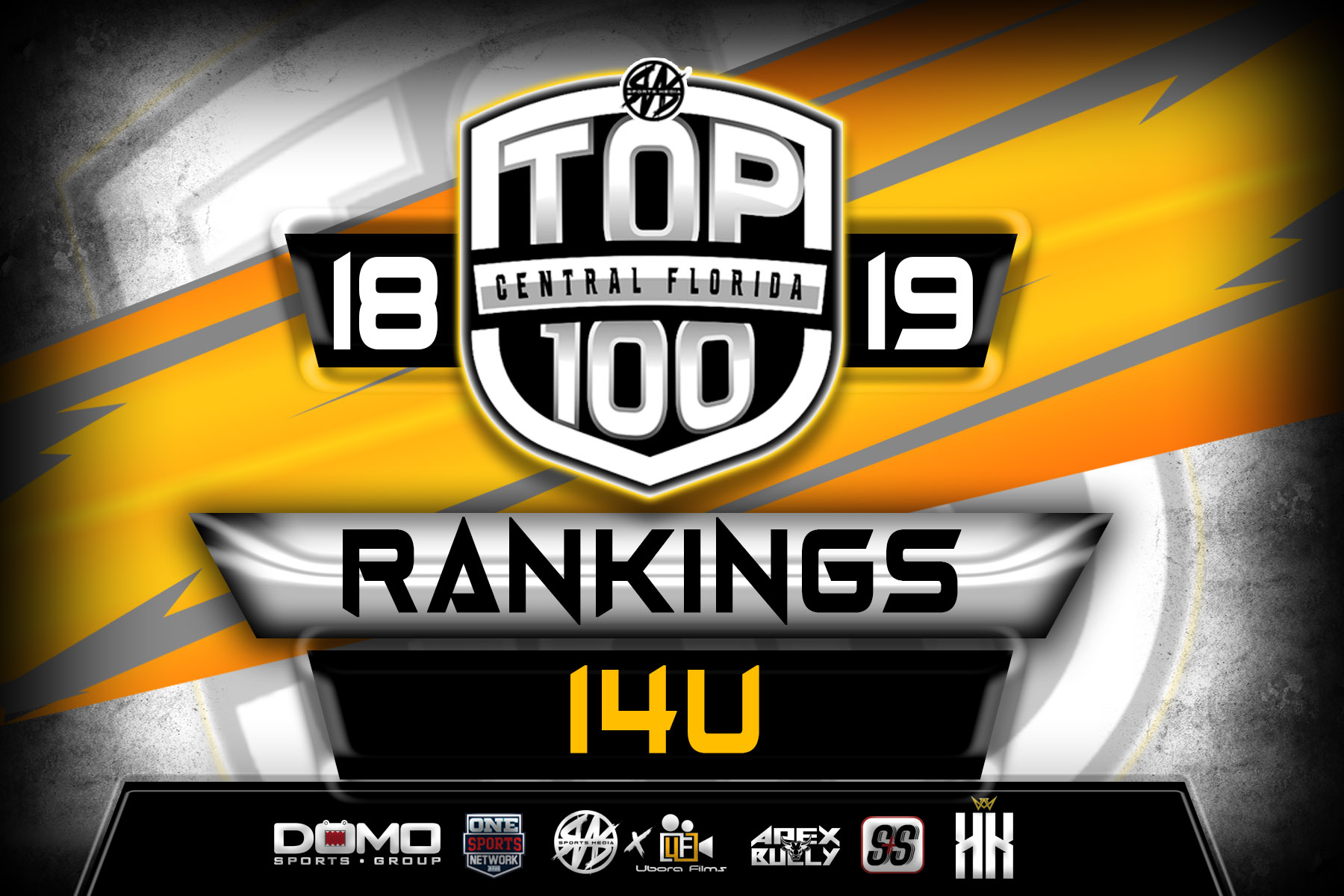 14U Baby! We were excessively meticulous about this list due to the fact that these guy don’t have a chance to be on next years list. So without further adieu! Here’s the 2018-2019 14U RNRTOP100 Rankings

I would like to introduce to you our #1 Athlete in Central Florida Tyler Jefferson! This extremely gifted athlete that fits the build of a young Michael Vick and a left handed rocket launcher for an Arm. I had the chance to check him out at AUG’s ALL STAR ELITE CLASSIC and he was everything that was advertised. The velocity he can put on the ball with the flick of a wrist is ridiculously insane! Tyler’s school is 6-12 and he plays Varsity Football as an 8th Grader, where he lead his JV Team to an Undefeated Season and got moved up at the end of the year. Tyler even scored his first Varsity TD Homecoming Night! This kid has an extremely high amount of potential and I can’t wait to see what schools come knocking first!

Anthony Allen aka The Marshawn Lynch of Youth Football! He’s the full package, Measuring in at 5’10” 185, with size, speed, vision, and agility. His physical play style left defenses sore for days because he carries the HITSTICK EVERYWHERE! He’s the type of back that looks for the contact but is elusive enough to break a tackle or 2 and burn everyone else for 6. I can’t wait to see where he lands in high school!

Thomas Fryer is the best All-Around Athlete on the list but to witness him play DE live in color is something special! He’s too fast for tackles and has a natural knack at turning his hip and getting around the corner. He represented Central Florida proudly at the UA NEXT ALL AMERICAN GAME with 2 sacks! and a week later witnessed him takeover an All-Star game off the edge. Accumulating 11 Sacks at the AUG ALL STAR ELITE CLASSIC in 3 games! He played a vital part in keeping the Orange County Outlaws Regular season Undefeated streak alive for the second year in a row!

Xavione Washington is a playmaker with a cannon for an arm. He has an undeniable swagger and confidence to his game and is a certified general on the field. He is able to make deep throws and the accuracy to fit passes into tight windows. He will scramble if needed, very effectively I might add but looks to let his playmakers make plays! His best attribute in our option would be his IQ. He’s extremely Smart with the ball and always seem to make the right play. Xavione has a high ceiling and was one of the reasons the Jags 14U went undefeated/ Superbowl champions.

Anthony Famularo Jr. aka MR. ALL AMERICAN himself! UA ALL AMERICAN, A11STARS ALL AMERICAN, GRIDIRON KINGS ALL AMERICAN, Youth1 Ranked #22 National Player, and the accolades keep going! The 6’0 185 lb. DE has the size and speed to be good but his hands make him great! I’ve had the chance to witness him at several camp at which he was the MVP 4 out of 5 times! Also seen him record 4 sacks in 1 game this season. From a trusted source it was reported he finished the season with 26 SACKS! Can say 27 if you ad his UA NEXT All American sack. This kid is simply a beast and I can’t wait to see him develop over the next 4 years!

Cameron Cutrell is a all around PLAYMAKER! He’s a natural RB through and through. Cam’s vision allows him to see holes way before they develop, agility allows him to stop on a dime, and THE SPEED to out run defenders. In Florida Elite Semifinals he put the team on his back and score 4TD’s including a 60+ yard Punt return to lead his team to the Championship. Cam has been a Top performer in Central Florida for years and Today he finally gets his recognition!

Antonio Bell is versatile. On offense he has played QB as well as slot and outside Wr. On defense, he is a good corner. He has shown with the ball in his hands, he can make something happen. When you need a spark, Antonio is the guy. Each game you can expect Antiono to give you a wow moment!

BANG! BANG!!! There goes the Gunn! Mr. Gunn that is, Standing at 6’2 and a true 8th grader is an absolute weapon where ever you line him up. This UA All-American is a threat to score whenever the ball is in his hands and unfortunately.. he’s the QB this year for the Falcon’s! but he’s athletic enough to play WR, RB, and S which he did the last year. Zion is the player that all opposing defensive coordinator plans to stop… and still can’t Stop him!

John Walker III aka BIG JOHN is one of the most dominant big men in the game! During the season I had the chance of witnessing this him completely overpower the opposing Lineman on both sides of the ball corralling 5 Sacks and 8 tackles for a lost! Standing at 6’2 and weighing in at 285 lbs and ONLY IN THE 8Th Grade he is primed and ready to be molded into a D1 Prospect. His potential has no ceiling and I’m proud to name him the #9 Player in Central Florida.

Antione Hill is one of the most dynamic players in the Tampa area. He’s a savvy Defensive player and an elusive running back. When the Jags needed a play, he was one of the go to guys! Hardworking, Tough and has a knack for the big play