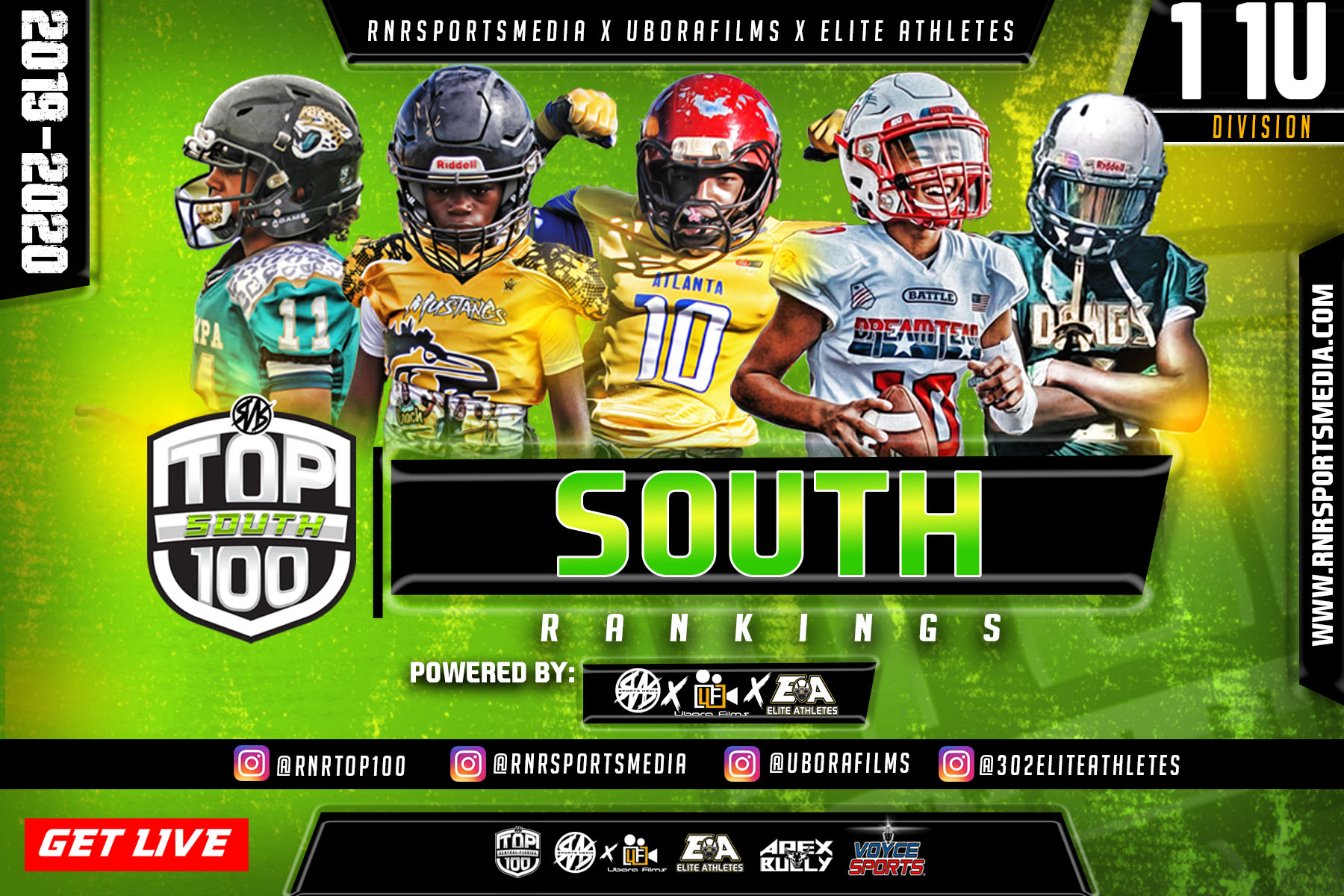 Ja’Bailey “BEECHIE” Morris Jr. | RB | Deland Dawgs Beechie is the definition of a DAWG! We gave him the nickname “MAN CHILD” years ago and it still applies! Competing on the 12U division of Florida Elite at 11, he dominated every game with 3+ TDS a game. His superior performance earned him Florida Elite Heisman honors. He possesses an impressive combination of size, strength, balance, vision, and speed that baffles opposing defensive coordinators and make him excessively difficult to prepare a game plan for. Beechie’s a complete back that can run between the tackles or bounce it outside! A versatile runner that will hit the b button or give you the hit stick and keep it trucking. Once he gets a full head of steam Its hard to stop that train! He does the most damage in space on screens and bubble routes but is a mismatch for any linebacker to deal with! Man child continued his brilliance at ALLSTAR ELITE CLASSIC where he won MVP honors and lead team Central Florida to a 11u Championship! VOTE BEECHIE

JuJu Lewis| QB | WELCOME ALL PANTHERS has one of the livest arms on the 11U circuit. He has good pocket posture with quiet upper body. Good pocket mobility and doesn’t show much panic when pocket gets noisy. He will stand and deliver the football. Throws with anticipation and touch. Fires hips through throws for improved drive velocity into tight windows. Arm strength is not a problem for this kid. Keeps ball tucked near his chest when scanning. He has a nice release that uncorks a tight, pretty spiral. Throws with accuracy on the move. Once on the move, he eyes stay up field to deliver the ball to the open man. He has the ability to run if needed. Does a good job of eluding square collisions in space as a runner. In play action situations, he as proven to be very effective with his throws. Bottom line, the kid can flat out play QB. And is one of the reason the Welcome all Panthers were Dominant through the regular season. Vote Julian Lewis!

Antray Lee | QB | TAMPA JAGS is a big play kid. He can strike from anywhere on the field. From 5 yards out or 50 yards out, Antray is an explosive player. His greatest strengths are his size, speed, and vision as a runner. He is excellent at avoiding pursuit in the pocket or as a runner in the open field. He’s big enough to run through arm tackles or hits and he has the agility to make sharp cuts and dips. For the Tampa Bay Jaguars, he led them to a Super Bowl Victory in an undefeated season. On defense, he is just as effective. He can line up anywhere and be on the play. Lee made just as many plays on defense as he did on offense. Being the iron man he is, there is a reason why he is one of the best players in the southern region of the country! Vote Antray Lee

Reshod Curtis | WR | GA Falcons JUMPMAN JUMPMAN! Throw it up and Reshod Curtis is going to go get it! His great size and excellent ball skills, he reminds us of a modern day Mini Megatron! A prototypical WR standing at about 5’8”-5’9” at 11 years old he towered over the defenders at ALL STAR ELITE CLASSIC and was clearly his Quarterbacks favorite target! Press, zone, man, double covered… DOESN’T MATTER! He is an undeniable playmaker that demands attention where ever he’s lined up on the field. When the balls in the air he’s a bully for positioning and attacks every ball at its highest point. Once his hands are on the ball, it was his! Show some love and VOTE RESHOD

Ja’Kyri Watson | ATH | CFAA Mustangs | Big plays in a small package! Kyri is an undeniable playmaker! Most would say he’s undersized but there’s no metric for heart and football IQ! He competed on the 12U division where he was consistently underestimated and proved all his doubters wrong! Torching defenses for an average of 2 TDs a game and getting it done any and every way possible. Passing, receiver, or running the rock, he’s dangerous! His size has actually been an advantage, because you can’t hit what you can’t see! Once he gets to the 2nd level he has a 2nd gear that leaves defenses in the dust. Two weeks in a row we witnessed him dominate elite defenses at ALL STAR ELITE CLASSIC by AUG and ELITE TALENT ALL AMERICAN. He loves to be underestimated and proves his doubters wrong everytime! Don’t be a doubter VOTE KYRI