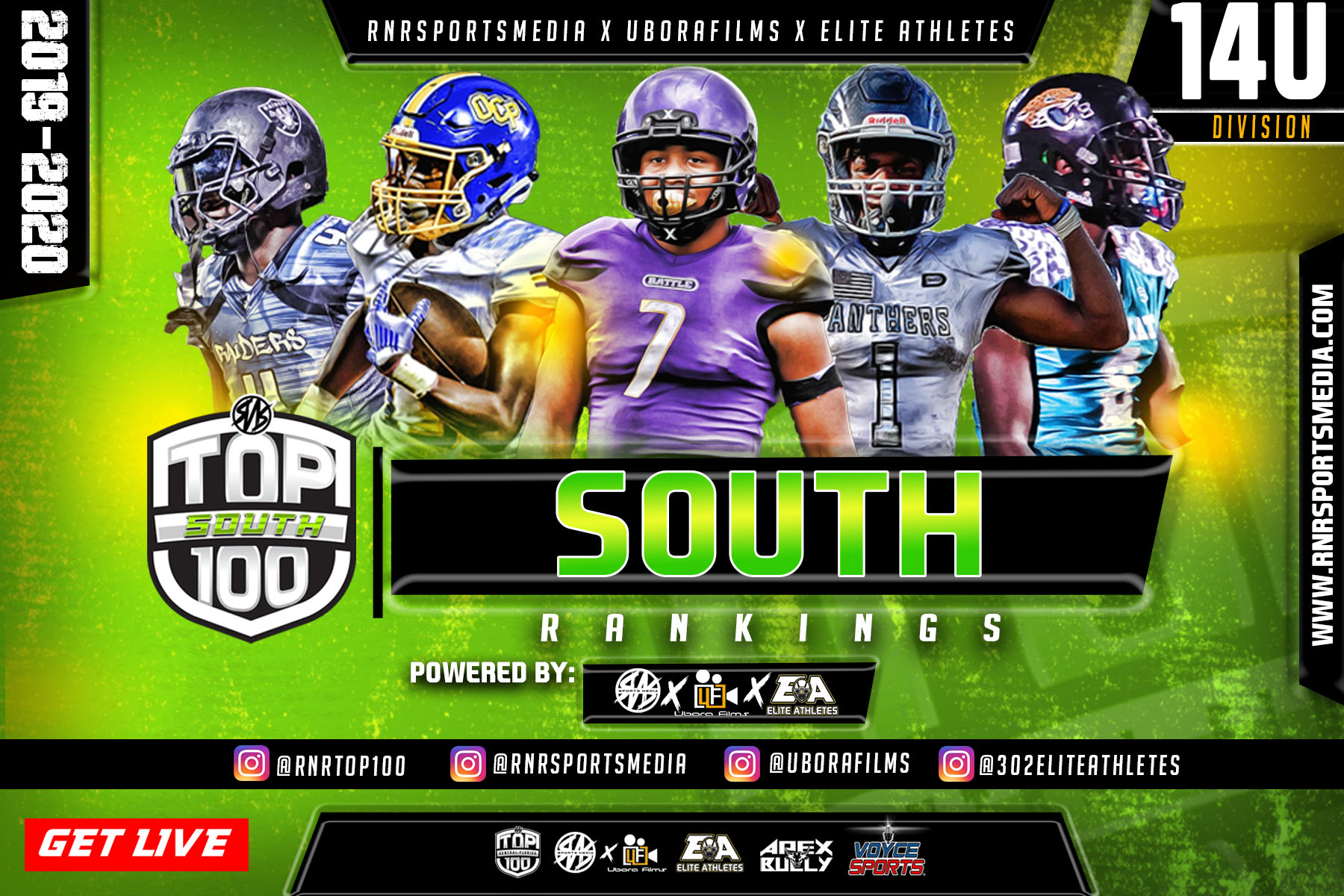 Stacy Gage | RB | Riverview Raiders Stacy Gage is the Lebron James of youth football. He can do anything on the football field, from putting his hand in the dirt as an edge rusher, to playing OLB in the box, to running the football, to lining up at WR. Stacy Gage can do it ALL. As a running back he has a rare blend of speed and power. Immense power in legs and shows balance through contact. Shreds arm tackles and has speed to house it. Very hard to tackle on an angle. Professional, decisive runner. Presses line of scrimmage to set up his cut-back runs. Gets downhill with knee bend and forward lean, staying small through the hole. Uses quick, tight steps to second level. Will sink and explode into tackler or side-step and jet, causing hesitation in downhill safeties with their approach. Converts “speed to power” between tackles and around corner. Rarely looks to run out of bounds and finishes his runs. Able to factor out of the backfield with soft hands and ability to adjust to throws. Strong hands and carries ball tight to his body. Stacy is a proven leader and led his team to pulling off one of the greatest Super Bowl wins in TBYFL history. He certainly left his mark on youth football. As an eight grader, he already has a power 5 offer from the University of Wisconsin. Vote Stacy GAGE!

Davion “Bullet” Gause | RB | Miami Gardens Ravens A certified baller, “BULLET” is commonly referred to as the bully of the gridiron. If you don’t know him, let’s go over the resume; 3x YNC Champ, 2x AYF Champ, Under Armour all American, and the list goes on. A true down hill runner with a plethora of weapons at his disposal. He’s an athletic big back that will punish a defender in the hole or hurdle ankle biters with a single bound. In his words this “big money heavy weight” has impressive size and strength which allows him to shed multiple defenders and the stiff arm will put you 6 feet depth, no shovel! Standing at 5’10” 200lbs, he’s a physical specimen that already has college coaches gawking. He started the year off by picking up two offers from the University of Miami and the University of Maryland in the off-season. Keep an eye on this future Collegiate Star! VOTE BULLET

Rod Gainey Jr. | RB | Tampa Jags Rod Gainey Jr. has been a house hold name in Tampa for some time now. For those in Tampa he’s earned the nick name “Hot Rod.” For those outside of Tampa, He’s “Number 2 from the Jags!” This kid is for real. Rod shows good athletic agility and vision, doing a nice job of planting and driving to reach the cutback lanes, showing excellent lateral movement and explosion. He has a superb vertical burst, staying low in his pads while showing crisp hip snap with his lateral change of direction. Gainey is patient enough to allow blocks to setup, whether carrying or returning the ball. He is a football player with good football intelligence, shows good peripheral vision to locate even the smallest of creases and is sudden running through the holes. He is more of a leader by example type than a rah-rah one…Tough inside runner with the leg drive and power to get physical with defenders in attempts to break tackles…Very decisive in his moves and has a very good feel for the cutback lanes…Has that second gear and explosion needed to accelerate vertically off cuts…Runs behind his pads with good instincts, doing a nice job of driving and spinning to get extra yards after initial contact. As effective as he is as a runner, he is even more impressive at DB. Gainey can play on an island in man. Uses size to press and re-route at the line, can turn and run and recover, and tracks the ball well. Willing and productive in run support. Simply put, Hot Rod is a dog! Vote Rod Gainey Jr.

Demarion Jenkins | ATH | Orlando Christian Prep Blazing! This kid is fast! This year as an 8th grader he was an all around playmaker for Orlando Christian Prep (HIGH SCHOOL) but did the majority of his dirty work on special teams returning kicks! 3KR 1PR 2DEF TD and 2 INT. He’s an electrifying game changer that can stop at a moments notice and go 0-60 in the blink of an eye. In the State Finals he avoided a tackler, hit the seam, and torched the opposing team for a 99 yard kick return. Give him the ball in space and he can make a man miss and it’s bye bye baby! His stellar performance earned him a spot in the prestigious Under Armour NEXT All American Games. Keep your head on a swivel and watch out for this speedster VOTE DEMARION

TAEVION “Chick” Swint | ATH | Osceola Panthers Swint is the absolute truth! With measurable of 5”9” 180lbs and running like greased lightning this 7th grader is a certified problem! His dominant performance this year earned him Florida Elite Heisman honors. He has a dynamic combination of speed, agility, and strength but his will to win is what gives him a competitive edge! He’s a versatile player that can line up just about any where on the field. He’s a patient runner that can switch into 2nd gear at the drop of a dime and give it gas to leave defender thinking what happened. Extremely elusive, he can cut on a dime into a sea of would be tacklers and still come out on the other side. Show Kissimmee some love and VOTE FOR CHICK