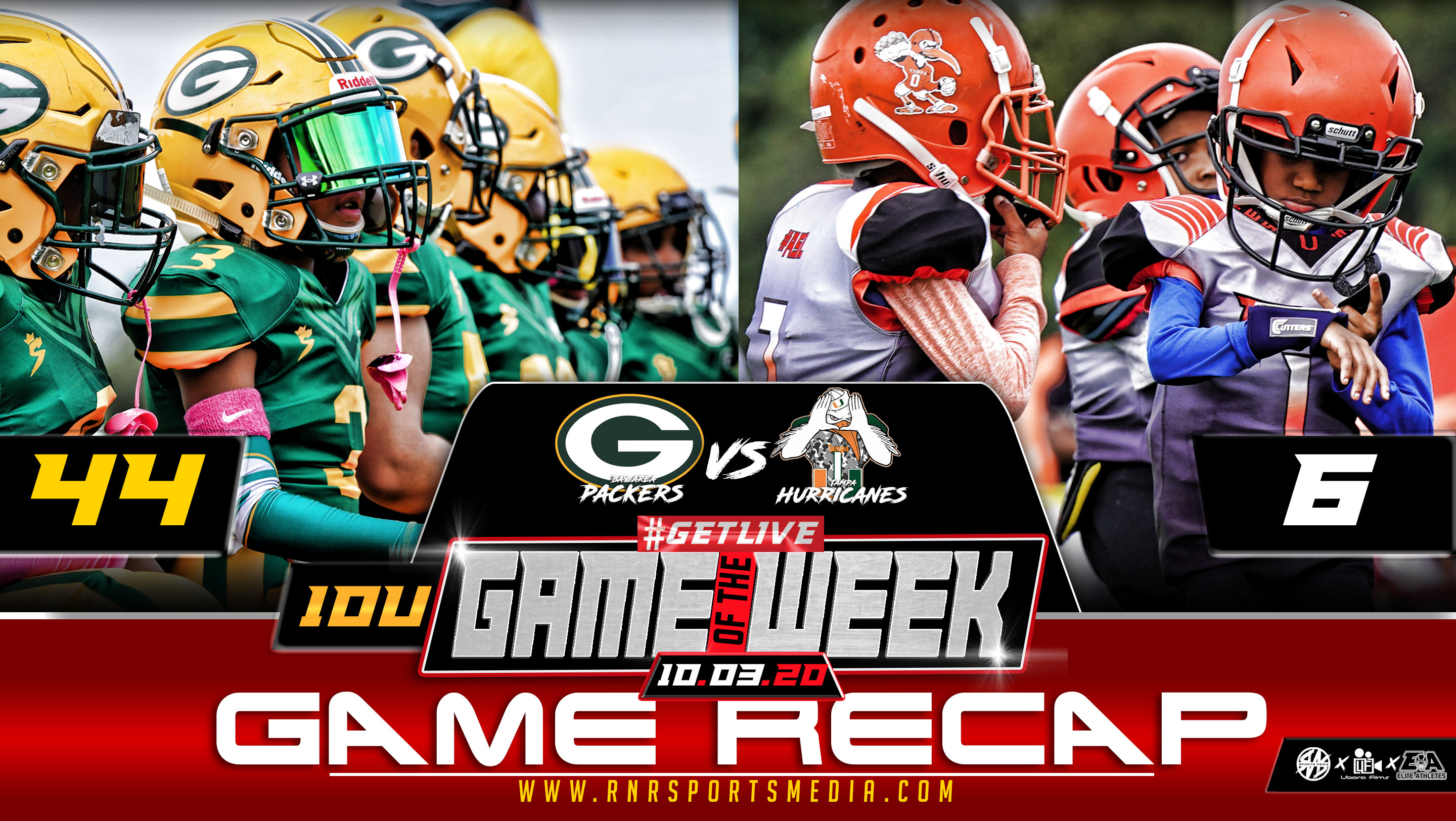 It was the first game of the season and this highly anticipated matchup ended in a lopsided one. The Tampa Canes are a very well known organization in Florida Elite and they welcomed the new kids on the block, Bay Area packers. The Tampa Canes are a ground and pound type of team. They play gritty on defense and keep the game close to often seal the deal. Once they are up, teams have a hard time coming back. However their achilles heel is teams that score fast and often. That’s exactly what happened on Saturday morning.

The Bay Area Packers came in with a fast scoring exciting offense and the Canes could not recover. Bay Area Packers QB Noah Gigger threw 4TDs in the blowout victory. Rudolph Blaze Ingram struck first on a 45 yard touchdown run. It was followed up by a 3 and out from the Canes and another TD strike by air from Noah Gigger to Delano D2 Hills from 51 yards out. On the next possession, Gigger throws a 20 yard TD to Leary Harrell. The Canes lone TD came from a 62 yard scamper by Jayden Jerrido.

Jerrido had multiple success runs throughout the day but it just wasn’t enough. After a Canes TD, Blaze takes the next kickoff return to the house for a TD.  On the Canes possession, a 3rd and 4, Scottie Vickers from the Bay Area Packers comes up with a strip forced fumble for a TD to put the game out of reach. That touchdown was followed up by two more TD pass strikes from Noah gigger and D2. D2 finished the game with over 100 yards receiving and 3 TD receptions. The Canes struggled to adjust to the formations of the Packers and the speed they possessed. The Canes start the season of 0-1 as the Packers open their Florida Elite debut with a 1-0 record. See the Highlights on UboraFilms Youtube.