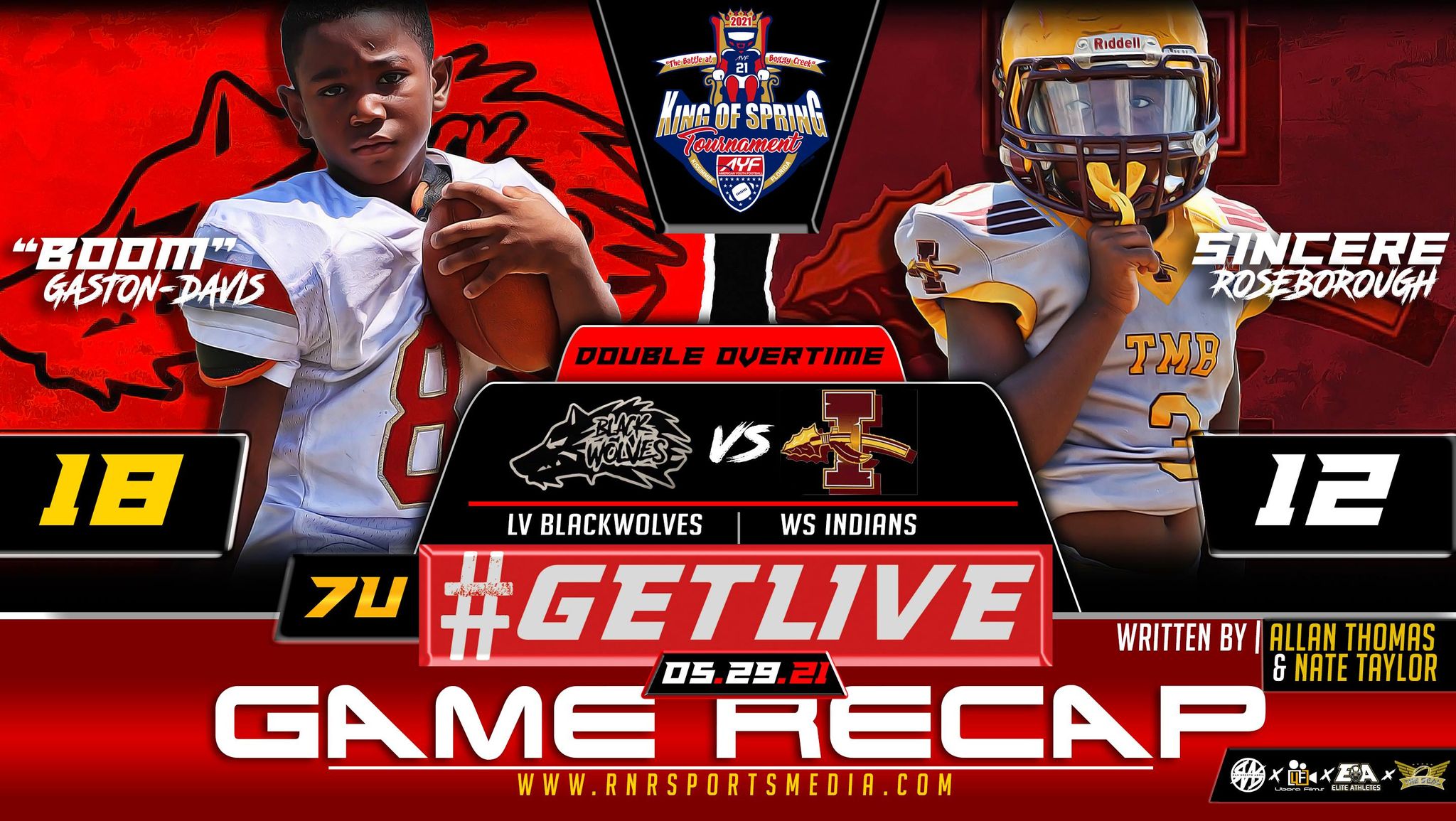 LV BLACKWOLVES VS WS INDIANS KINGS OF THE SPRING!! | Out of the gate we had an INSTANT classic between the Las Vegas Blackwolves and the Winston Salem Indians. The Blackwolves started strong on defense with a quick 3 & out behind the play of their massive Defensive linemen in Kyree Rhodes, Marquice Williams, and AJ Alae who had 2 TFL on the first drive. The Indians Defense swarmed to the ball and had great play makers but #13, #6, and 8. However, the exchange between the center and QB was extremely shaky for the Black wolves due to the pressure and confusion the Indians were creating with an inside stunt blitz. The WS Indians were able to capitalize on an early fumble in the Blackwolves end zone, placing the score at 6-0 going into the half.

Adjustments were made by both side as the second half commenced. The Blackwolves came out on fire as their QBB exchange issues were solved, they scored on a WHOPPING 37 yard bomb to #33 Cade Lanzarotto from #1 Zion Mooney, tying the score 6-6. #8 Morgan “BOOM” Gaston-Davis, a first year baller, decided to step on to the seen with a 48 yard WR screen, where he broke several Indian tackles for the score to go up 12-6 . But WISTON SALEM WAS NOT DONE! With the game on the line, big time players, make big time plays, The Indians were able to mount a drive behind their impact player Sincere Roseborough. He came up big on several plays during the drive where he muscled a would be pick from a defender and later another Hail Mary for a gain of 25 but the dagger came on a 20 yard jump ball from #8 to their star player #3 Roseborough, where he evaluate over and shook off 2 would be defenders for the score! Tying the game at 12-12 and sending the game to OVERTIME.

Winston Salem won the toss going into OT. The WOLFPAK defense locked and #1 Tupe Taase picked off a would be pass to end the Indian Possession. Winston Salem would not go away, giving up NO YARD the first 3 downs of the Black Wolves possession… but on 4th down… BOOM

aka #8 MORGAN GASTON scored on a spectacularly shifty 20 yard sweep where he swerved in an out of traffic, making several defenders hit each other ass he sealed the game and Stamping their ticket to the ship!! Ending the game 18-12 OT!