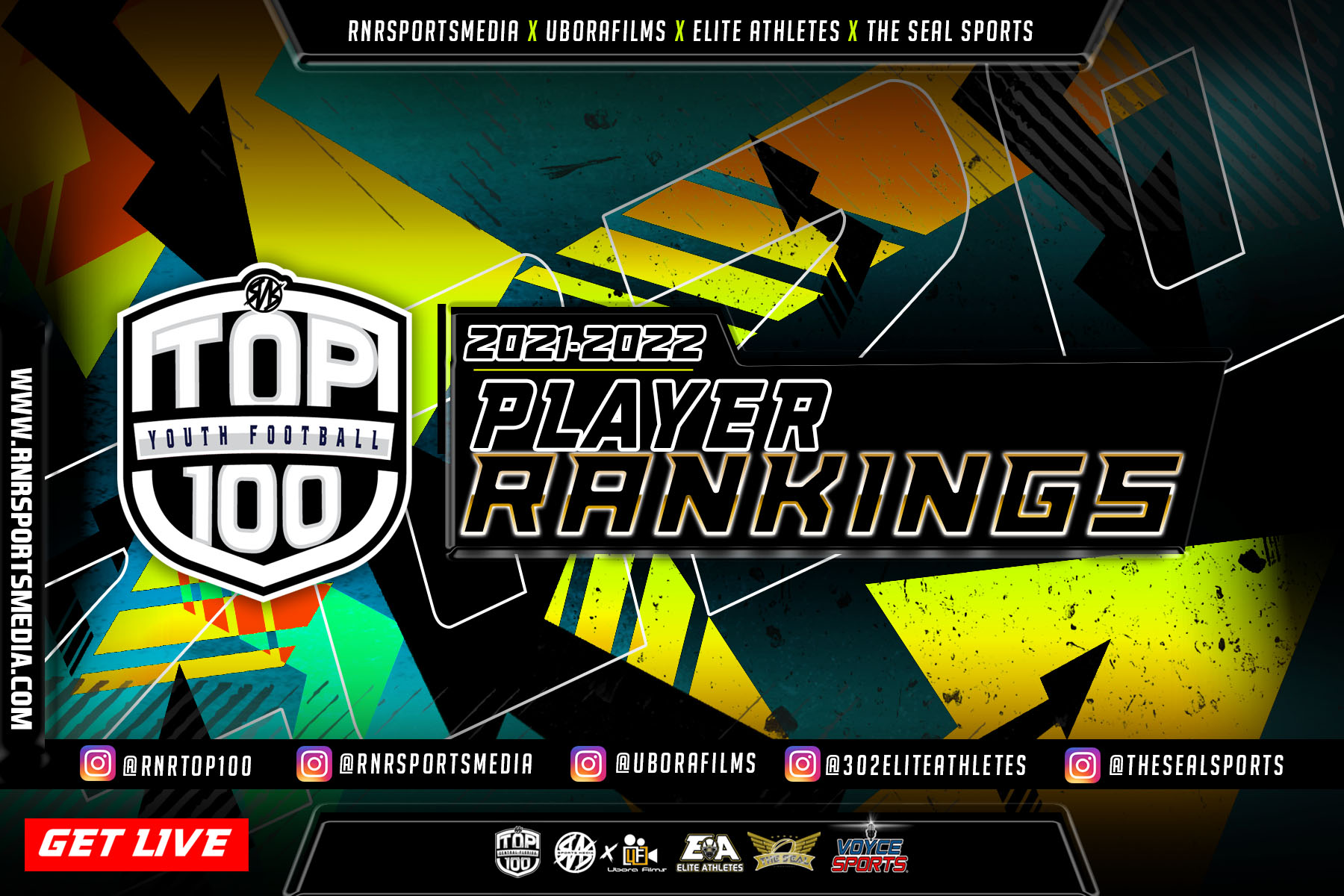 The RNR TOP1OO Committee has spent countless hours of filming games all over the Nation, Hosting combines, and evaluating some of the nation’s top athletes all season! Rankings are based on Rukkus Rating, Film, Level of competition, athletic ability and size. Athletes earn star rating from Certified RNR TOP100 scout evaluated Game Play, their performances at Combines, and Film submissions.

This year we have categorized the rankings by class instead of Age because the rankings will allow you to see who you will be competing against for a College scholarship in High School. The rankings is now more of a prospecting list which means each year we will be building on the database in contrast to past years, where we would only relied on what we’ve seen this year.

An additional feature that we’ve added to the rankings is the Positional Rankings. Now athletes will be able to easily see where they stack up in their Class by Position.

Missed the deadline? How to get involved?

Athletes were asked to fill out our RNR TOP100 nomination form for further evaluation if a scout was impressed by his/her game play. Without a nomination form, the committee can not evaluate or even list an athlete. The next Evaluation period is at our Camp + Combine Series. Open Film Evaluations open October-jan 1st of every year.