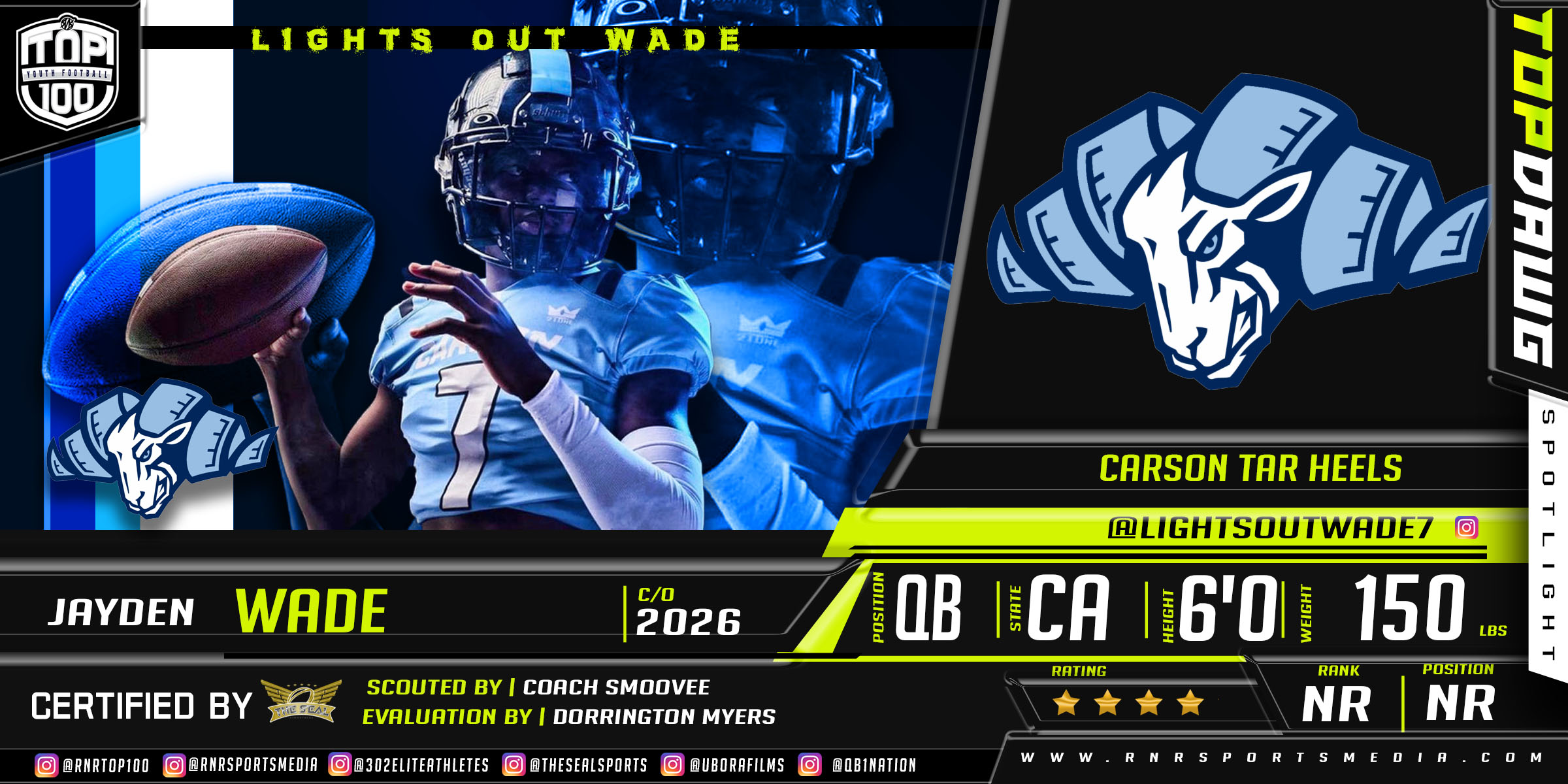 Jayden is electrifying and shifty. He has a rocket arm and he shows flashes of greatness. I like that he isn’t afraid to try the window throws and the deep ball. The first thing that stuck out was ball security, a lot of Qb’s like to bring the ball over the defenders head with one hand which spells disaster. Two hands need to be on the ball at all times.

He has the basic skills necessary to move the pocket and sense pressure but I’d like him to be more technical in that area with how to properly move the pocket without the sacrifice of power and momentum. Upper body mechanics, he needs to keep the ball loaded on his right chest plate instead of in the middle of his torso because it delays his release tremendously. Lower body mechanics, Jayden is a bit flat footed, he should be slightly on the balls of his feet instead to activate his twitch muscles. Overall Jayden can be one of the best dual threats around but he must be willing to put in the hours, which I’m sure he is.