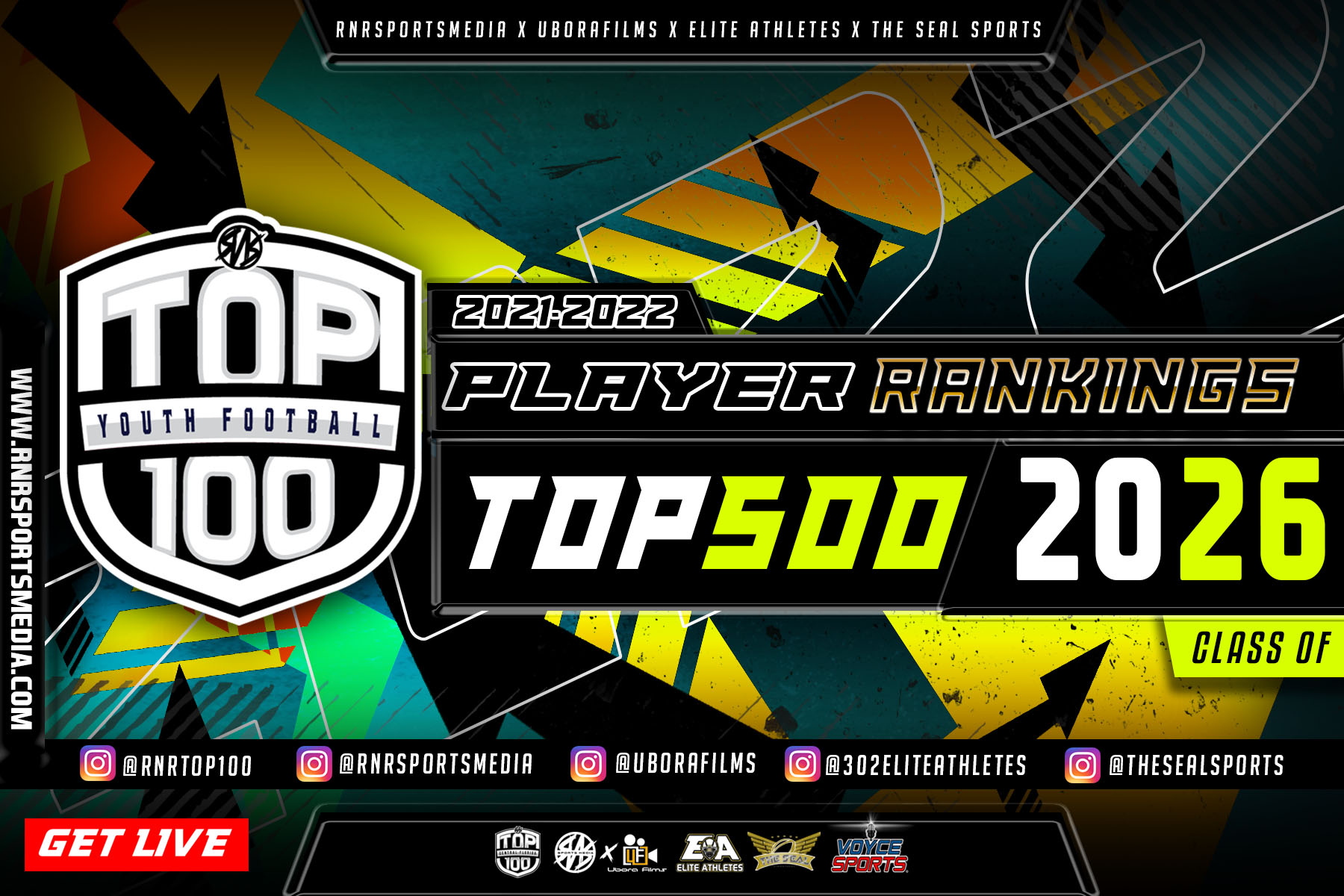 RNR Top 100 is inspired to evaluate the next wave of the countries Top Youth Football Players. Our 8th grade rankings is our crown jewel we will stop at nothing to be the most accurate. You’re looking at the #1 Youth Football Media outlet from content, pictures to Highlights were out there putting in work. The 8th grade rankings will go to 500 prospects people, the criteria goes like this measurables, competition, stats, impact in the big moments. So, Always remember these are National Rankings and it’s not where you start but where you finish.

Disclaimer | These individuals were evaluated by RNRTOP100 Scouts, in person at RNRTOP100 evaluated events (such as RNRTOP100 Combine Series, Southern Hospilality Showcases, Atlantic Region Championships, AYF Nationals, YNC Nationals, 302 Elite Athletes Atlantic Region Games, Battle in Bull Head, The Battle in Boise, Battle in Duval, Gainesville Swamp Classic, and many other random games throughout the season.) or Submitted a Nomination form with film to be evaluated before the deadline.

COACH KATT”S MESSAGE TO THE ADULTS | Parents, Coaches, and crazy lady in the stands! Wether your child made it on the list or not, wether you believe they should have been higher or what ever!…Please lets celebrate all the kids and not allow GROWN UP EGOs to ruin something beautiful for the children…

TO BE CONSIDERED FOR THE 2022 COMBINE RANKINGS AND PRESEASON WATCHLIST! You must attend our RNRTOP100 Combine series . FOLLOW US on all your social media platforms @RNRSPORTSMEDIA , @UBORAFILMS, @302ELITEATHLETES, @THESEALSPORTS, AND @THE VOYCE REPORTERS. JOIN OUR FACEBOOK GROUP  RNRTOP100 YOUTH FOOTBALL TO STAY UPDATED on CAMPS, TOURNAMENTS, GIVEAWAYS, AND MUCH MORE!!!