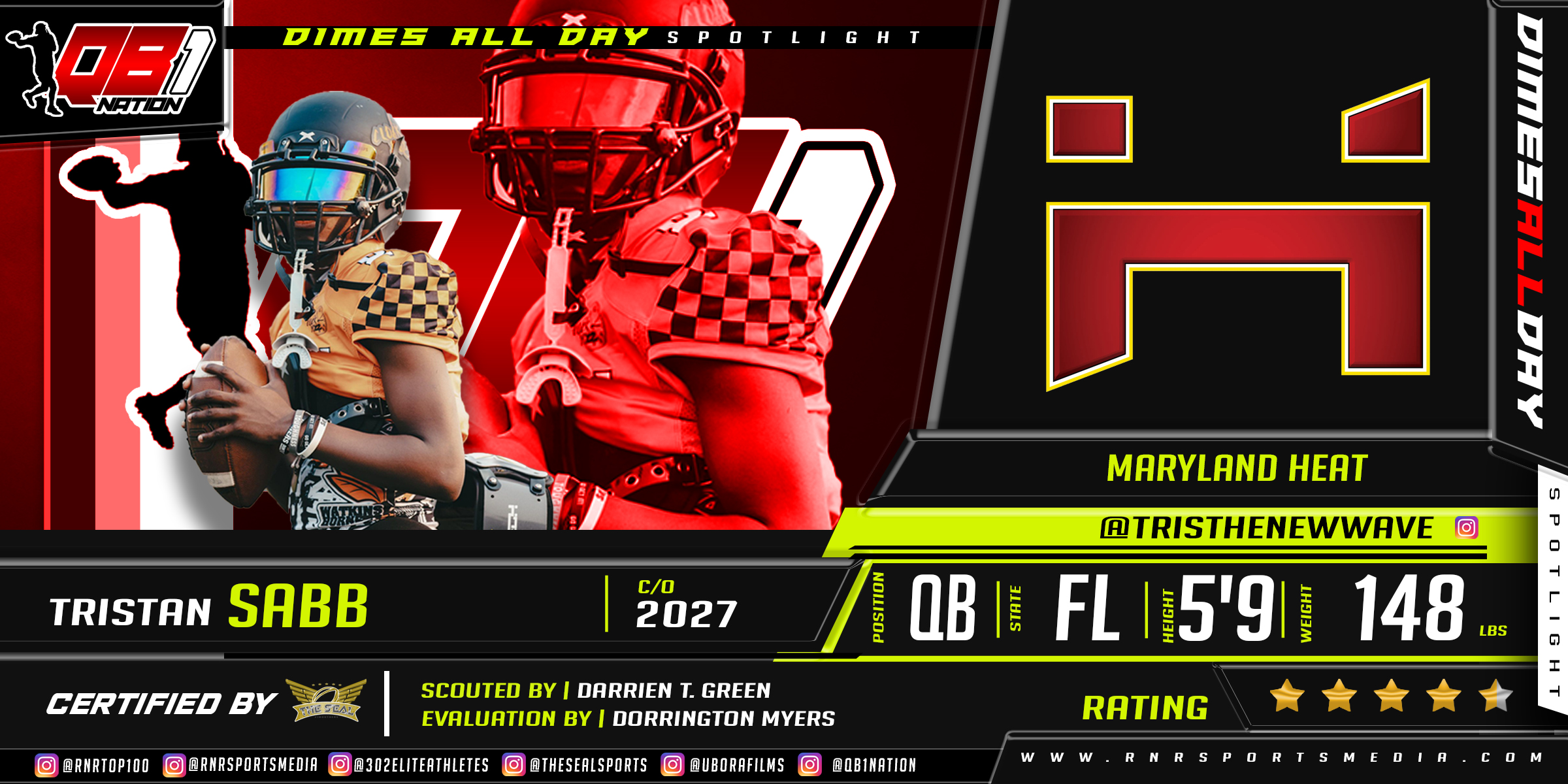 Were excited to welcome Sandwolf Quarterback Academy LLC. to the team. S.Q.A. wasted no time eager to paint a picture of his view on Youth Football’s Top Quarterback’s. An expert at training the Quarterback position is introducing full Scouting Reports starting with RNR Top 100 Top rated QB’s. Get your popcorn ready as S.Q.A. lends his eye.

Every coach has dreamed of having the perfect player,

someone who can take charge and make the machine go. Allow me

to introduce you all to Tristian Sabb A.K.A Smooth. Tristian is super

calm and collected in the midst of chaos, this allows him to control

the line of scrimmage. His footwork is some of the best I’ve seen so

far in his class, he can stay cool in the pocket and throw on the run

while delivering strikes. He has elite arm strength and makes

defenses pay for making mistakes against him, he is surgical.

me is his ability to be accurate while throwing on the run, you don’t

see that at any level of play. He has a super smooth release which

allows him to beat the defense on any given play. I like that after a

mistake is made, he doesn’t yell at his team, instead he finds the

solution and encourages them to keep pushing forward.

I would like to see Tristian flip his hips a little more as he is finishing his throws,

there’s still power left on his back foot that must transfer forward.

of in the middle of his torso.

All in all, here’s a quarterback that’s

made for the big games and big moments, and he’s ready to

takeover. If you remember one thing and one thing only, know that

smooth is fast, and well, he is fast.