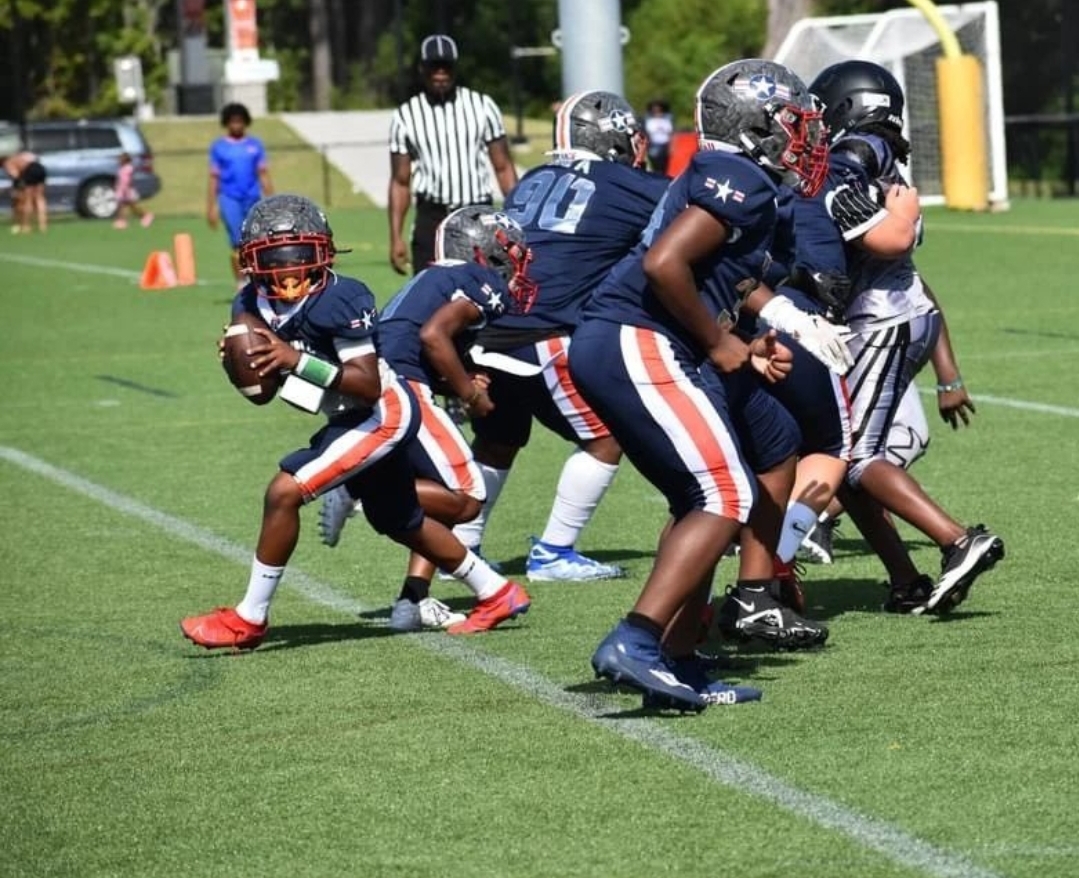 Momma there goes that man! This young man can flat out ball. He jumped on my radar while being down at southern hospitality this year. He showcased his prowess against some of the toughest competition. His play style mimics some of the greatest artists of our time.

Brandon is truly a one of a kind talent at Qb. He has a certain moxy to him. It’s amazing to see him grasp and master the basic fundamentals at such a young age. He has a quick release, averaging 2.3 seconds from snap to target. He has excellent control of his feet, this allows him to stay poised and under control at all times. Brandon excells at something that even the pros struggle with, throwing on the run. He has superior talent when it comes down to this, he can stretch the field and extend the play at will. This kind of Qb is very rare. When you can operate in the midst of chaos, the game gets even easier. Brandon is extremely accurate outside of the pocket and deadly when he sets his feet. He has elite anticipation on his throws, this makes his recievers even more dangerous. His IQ and creativity will keep you Captivated, wanting more. Stay tuned because the best is yet to come.

Brandon is a sleeper at Qb. One thing I’d like to see him do is relax his front shoulder, this will make him more surgical. I would also like to see him trust his legs more, especially if there are no recievers open. It’s perfectly fine to make a play. His greatness shines throughout. Bolt is a quick flash or burst of energy. You may wonder why he’s called “bolt” like lightning he’s quick with his feet, his hands swift, and he makes a mad dash for the end zone every time and converts. His hands tote the rock with tenacity, deftness, and certainty. I look forward to seeing this young man bolt into his future.