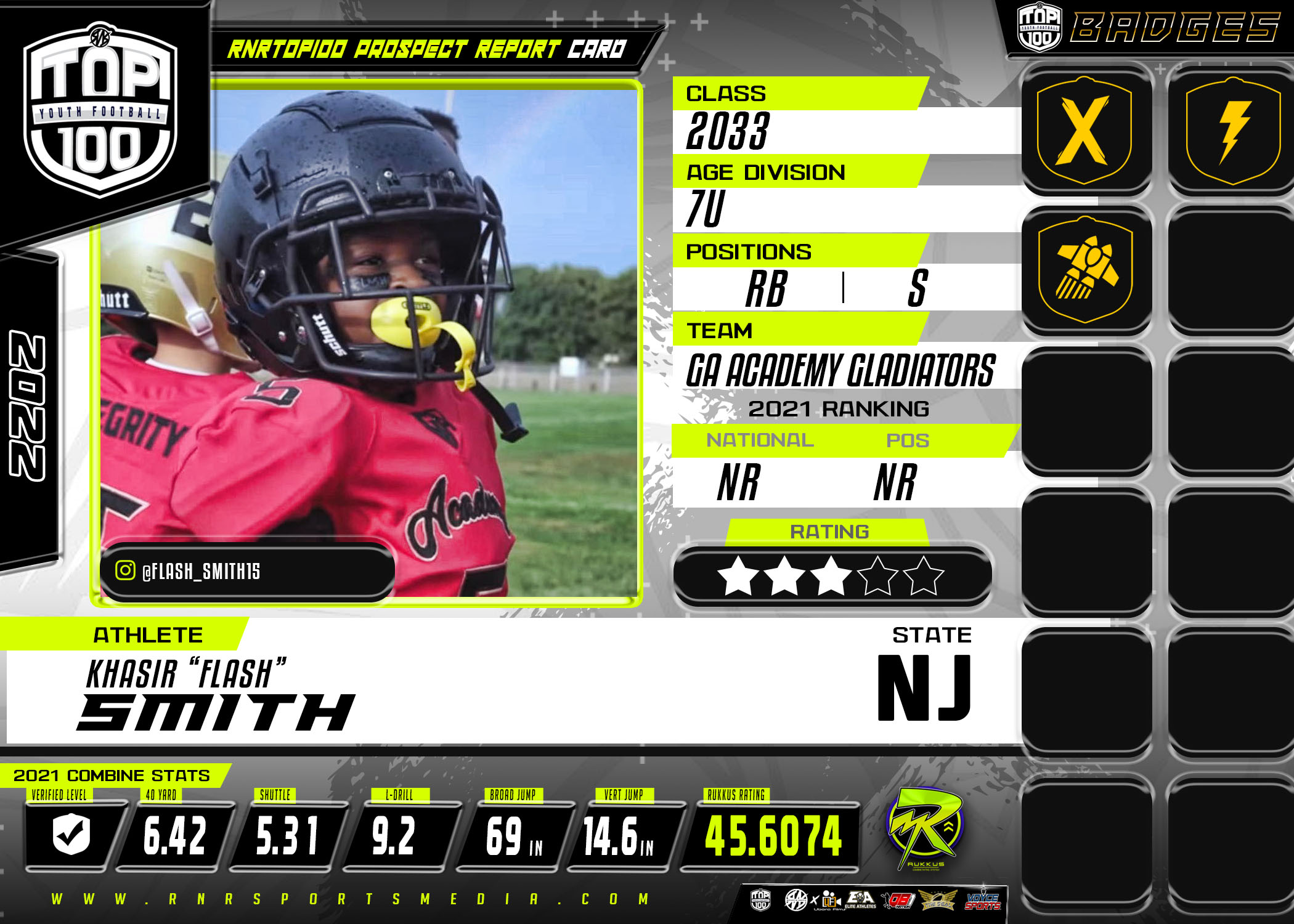 The advantages of playing in this area are combines that help these kids practice and perfect their craft. You have those kids that go thru the motions simply because of them being young. Then you have those kids that are naturally focused and determined to be the best. That’s where Khasir Smith comes in. Smith showed off his versatility & ahead of the curve skillset at the RNR Top 100 camp. As a 7-year-old Smith numbers shows if his play matches, he has some serious upside.

A QB is what Smith is listed as but if you ask me, he is a born Football player who can adapt wherever his team needs him. Smith is clearly a special athlete with the ball in his hands. As a quarterback, he can be a special talent with a little training & grooming along the way. He’s adept at extending plays and creating big gains with his legs. Let’s be honest at 7-years old there isn’t much passing going on as a passer, so this baby baller is clearly not ready to beat teams from the pocket. However, he is most definitely a consistent winner who we consider GUMP because he is a walking 6 points if he hits the second level.

While most will speak on Smiths efforts offensively the edge, he plays with on defense is also to be commended. Smith is a physical defender in the box or secondary, especially when he’s coming up and getting involved with run support. With not much passing at his age, he does displays good range and speed in getting from the hash to the sideline. He’s athletic enough to play corner or any skill position, but his size and physicality will determine if the secondary will be his long-term position. Talking about being on the right track this young phenom is putting in the work to be the best which is a gift at such a young age watch out Class of 2033 Khasir Smith has his sights set on #1.

The RNR Committee Rates this athlete 3 out of 4 Stars (4stars is the cap for 8U and lower). He has so much time to earn more stars and we see him doing so in the near future. STOCK ON THE RISE!