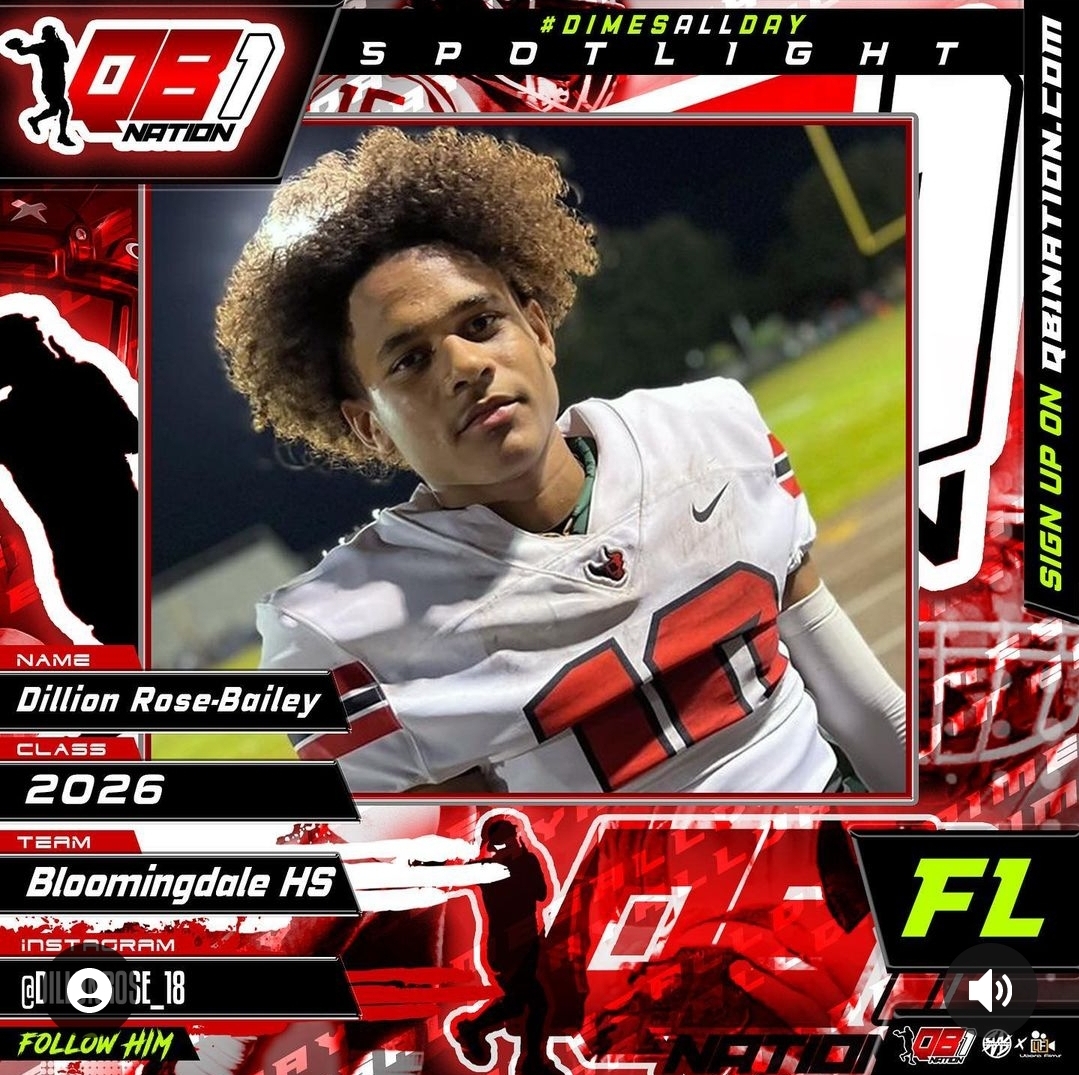 This young signal caller is a special talent. Dillon is one of those Qb’s who can take over a game at will. He has ice in his veins. He’s a dangerous dual threat, a jack of all trades. He showed out at the Qb1nation shootout in Orlando, earning him MVP honors.

The first thing that shows on film is his frame. Dillon stands 6ft 1 inches already which gives him an advantage in game. I expect him to hit his growth spurt really soon. I estimate him standing 6ft 4 inches by the time he reaches college. His mechanics are top tier, his super smooth release allows him to drop dimes like it’s second nature. His ball placement ability is some of the best I’ve ever seen, slicing and dicing secondaries from near and far. Dillon has pretty good footwork as well, this allows him to make throws from any area on the field. This is a rare ability that not all Qb’s possess. The takeover has begun, Dillon will be one of the top college recruits as his time nears.

Dillon is pretty solid, well polished with his mechanics. I can’t say that about every Qb but he’s earned it. However, his game would benefit from a couple of tweaks. His front shoulder should stay relaxed for a more efficient rotation of the torso. This maximizes the revolution on every throw. Dillon will also benefit from perfecting the art of pronation, fully turning his thumb on his throwing arm counter clockwise until he sees the inside of his hand. This stops any chance of the ball floating or arriving on target late. It will also add velocity when needed. Despite these minor tweaks, I see Dillon having a lot of success in high school as well as the college ranks. This young man is special, stay tuned.