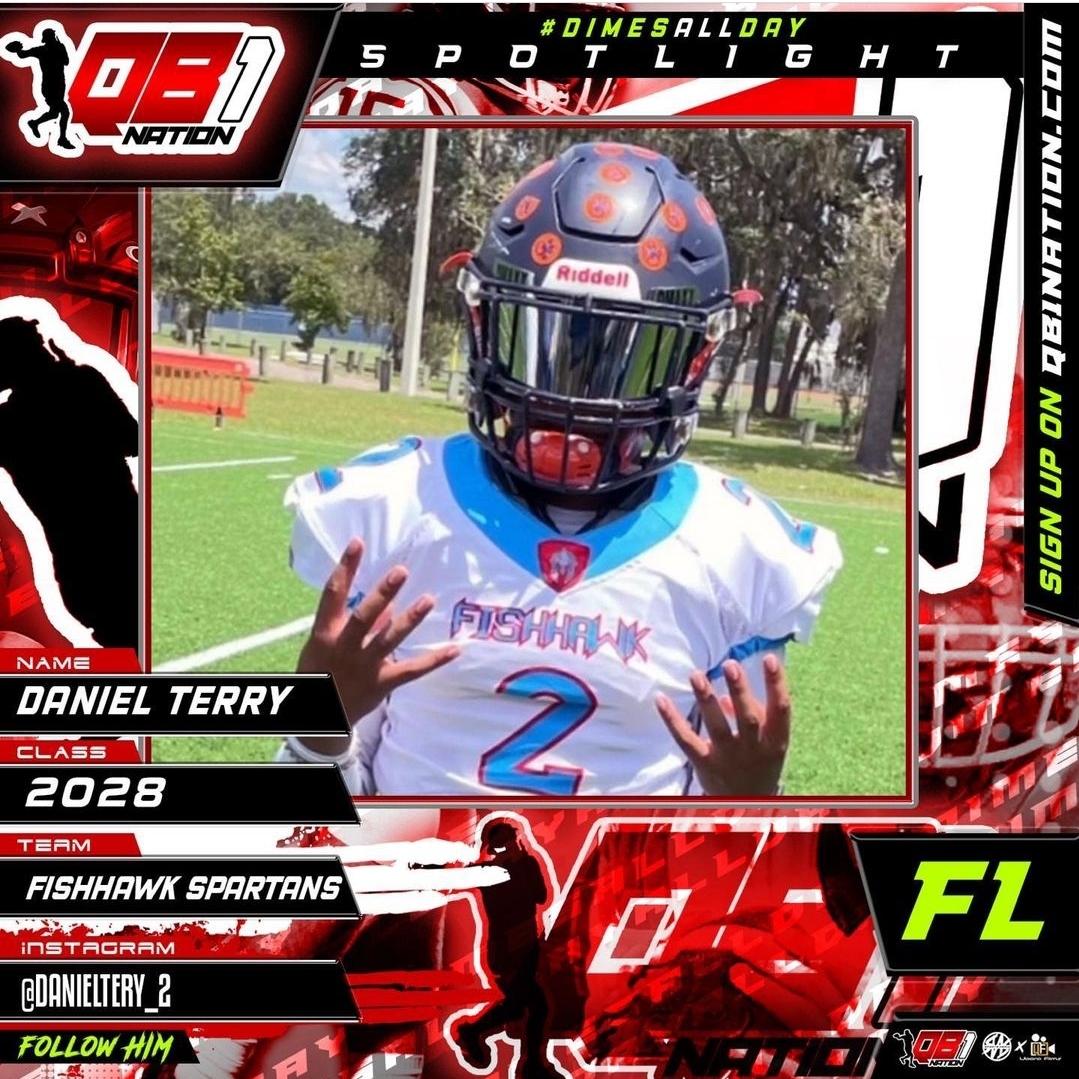 This young man is a born playmaker. A special talent ready to cement his place in history. He put on a solid performance at the Qb1nation shootout in Orlando, earning him MVP honors.

Daniel’s body of work speaks for itself, he has championship pedigree. I’m highly impressed with the way he operates in the pocket. It’s the best I’ve seen from a dual threat Qb in a while. He’s quick with his decisions but poised in his execution. Daniel is explosive in the open field, it’s almost a guaranteed six points when he takes off scrambling. He has a very strong arm which allows him to attack the defense between the lines. Daniel is also pretty accurate in which his recievers benefit from greatly. The most important thing that stands out to me is his high IQ. Daniel is a student of the game, he can process coverages, read progressions, and audible when necessary to put his offense in scoring position. Daniel is a Swiss Army Knife who impacts the game through the air, on the ground, and with his mind.

Daniel has scary talent but he’s yet to scratch the surface. When he does, everything becomes easier. Daniel has a slight delay in his release resulting from improper ball load placement. He would benefit more with the ball being loaded closer to his right chest area. This erases any wasted motion that can contribute to a Qb having a bad day in the office. Daniel has a bad habit that most Qb’s will have. He has a tendency to have dead feet when stationary within the pocket. Dead feet can contribute negatively to an offensive drive by allowing unnecessary sacks and turnovers. To eliminate the possibility of these things happening, incorporating a slight buzz of the feet will make a tremendous difference. Think of it as being a boxer, they’re always moving the feet to put themselves in better position. These tweaks will make Daniel one of the most unstoppable forces ever seen at Qb. There is no limit for him.