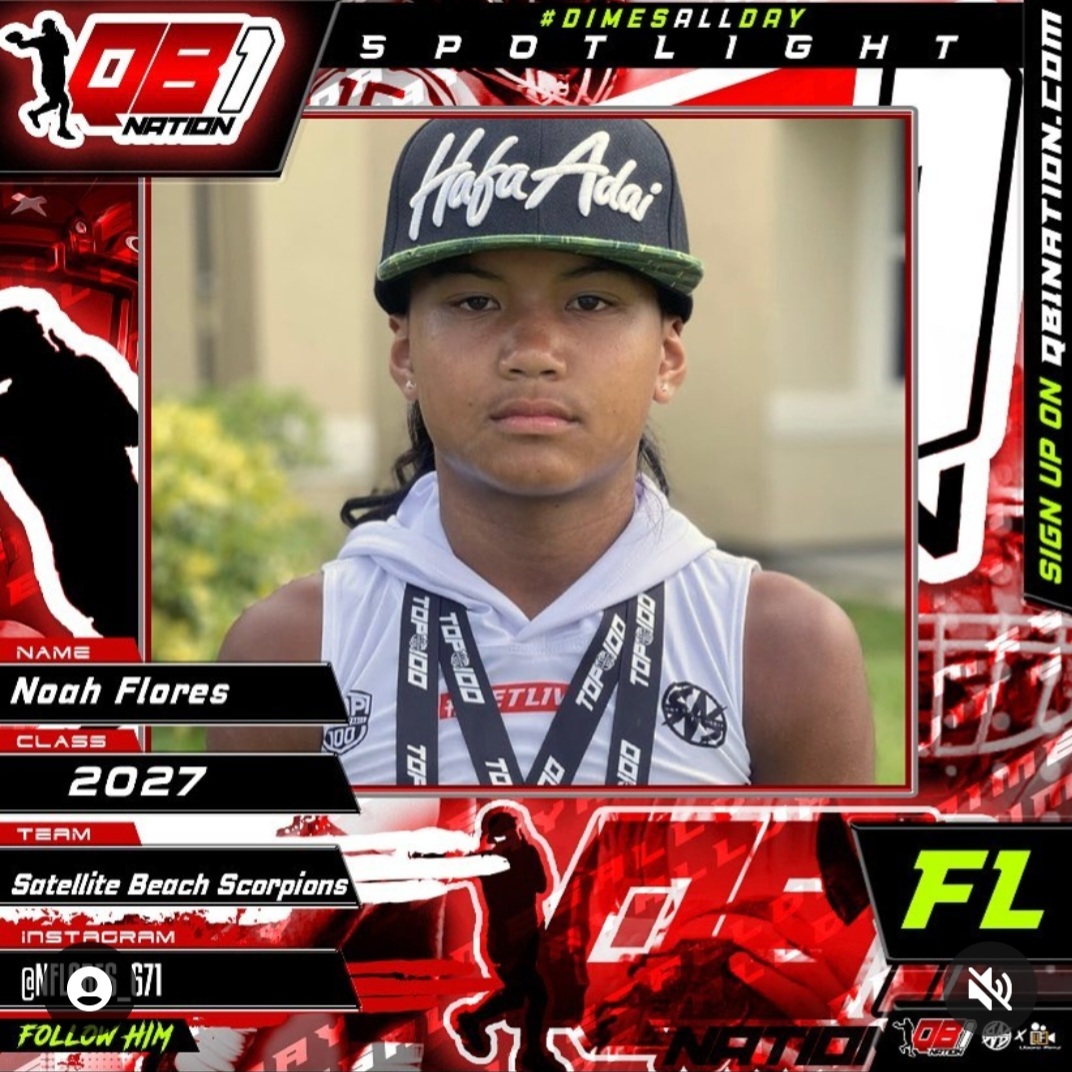 Noah is a dynamic playmaker that is scary good. He shined his brightest at the Qb1nation shootout in Orlando, earning him MVP honors. Noah is absolutely fun to watch, he’s electrifying, Shifty, quick, and smart. Each time he touches the ball on offense, points get put on the board. That’s efficiency right there.

Noah is a pick your poison type of player who can impact the game and do well at it. Noah can impact through the air, on the ground, and on defense. His mechanics are clean and crisp. His release is quick, averaging from snap to target 2.4 seconds or less. Noah is very accurate in the pocket and outside of the pocket. Noah always puts his body in the correct position to make the necessary throws. He’s smooth with his footwork, very clean and patient. On the ground, Noah is lethal with his legs. It’s poetry in motion, it takes all eleven defenders to bring him down. They would have to catch him first. Noah has breakaway speed that gives defenses nightmares at night. He’s lightning quick, his first step is elite and his ability to cut and stop on a dime is second to none. I absolutely love his game. Something special is brewing and it’s exciting.

This young man is a Prodigy doing great work. With these small tweaks Noah will take his game to new heights. I’d like to see Noah relax his front shoulder as he’s going through his throwing motion. His mechanics would benefit greatly from opening his chest to his target, smooth is fast. I’d like Noah to be more consistent with his pronation as well, it’s good but can can be even better. Better pronation equals tighter spirals and cleaner delivery. Noah has no limits to what he can achieve.