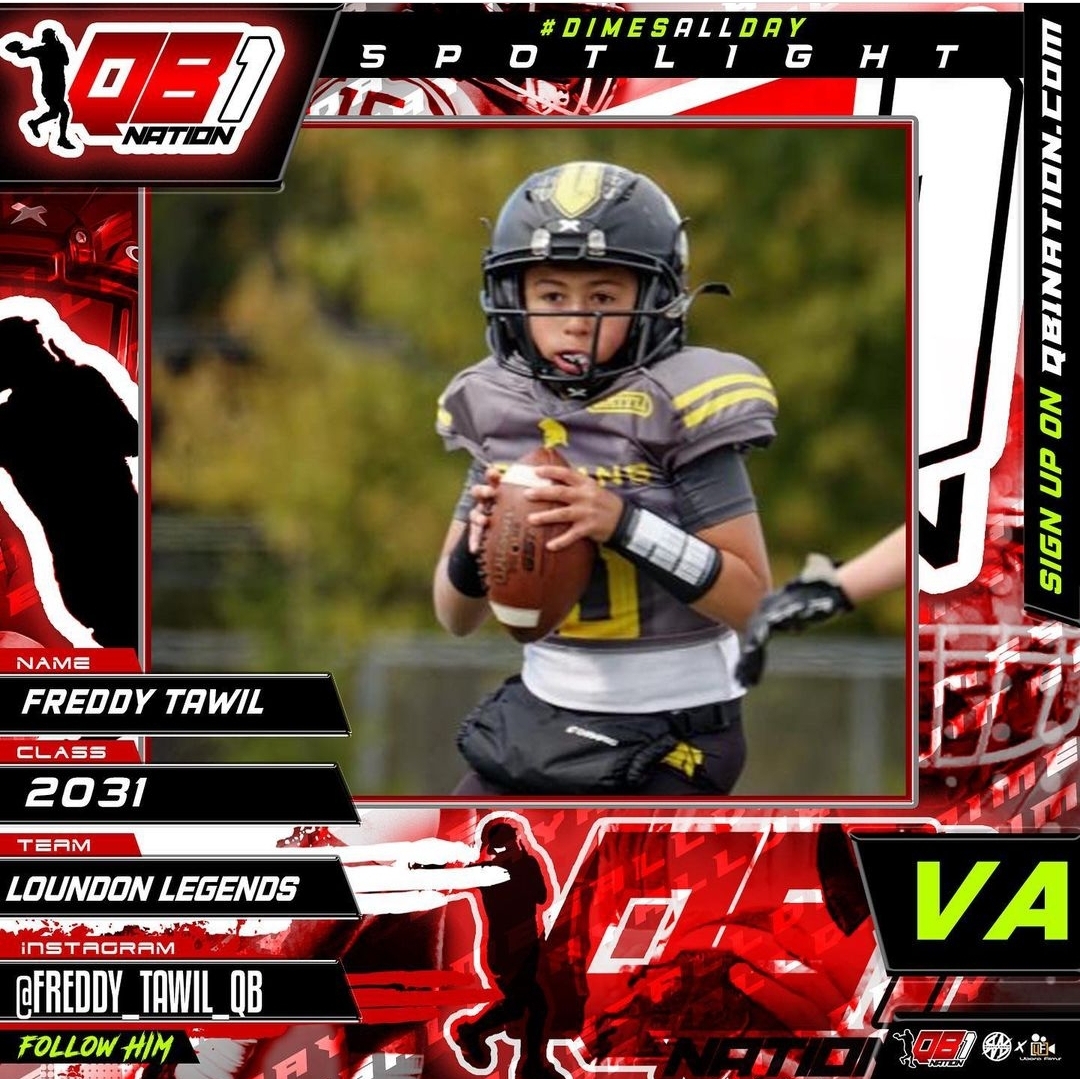 Freddy is one of those Qb’s who’s a flat out gamer. Freddy isn’t afraid to compete against other Qb’s and embraces competition. Some Qb’s run away from competition. Once a Qb learns how to compete, that Qb can survive in any environment. Freddy’s performance at the Qb1nation shootout in Delaware has earned him MVP honors.

Freddy is a Qb that’s attended majority of our events and enjoys competing at a high level with the best of the best. I love how Freddy spins the ball, his pronation of the wrist is pretty solid. He delivers a tight spiral to his recievers majority of the time. Freddy is deadly accurate in the short to medium parts of the field as well. Sometimes the simplest throws have the biggest rewards. I’m most impressed with Freddy’s confidence to make the tough throws over the top and across the middle of the field between windows. He’s a student of the game, taking in information from great teachers and applying what he’s learned into his own game. Freddy has good ball placement skills. I like that he puts the ball where only his recievers have the chance to get it. It’s exciting to see a Qb that wants the tough job and responsibility. Freddy won’t allow himself to let his team down. Freddy has the ability to be really good at the Qb position, his work ethic is excellent and he’s an intelligent Qb

Freddy’s game is improving day by day. However, there are parts of his game that will set him apart from his peers. Starting with his upper body mechanics. Freddy has a wide wind up causing a delay in his throwing motion. This wind up allows DB’s the opportunity to have a field day if it isn’t corrected. Freddy will benefit greatly by fixing his ball load placement. Having the ball loaded in his right chest area. The throwing arm should move from his chest directly to his Apex which is his elbow opening up. This creates a smooth release with zero wasted motion. Next we have his lower body mechanics. Freddy’s base is slightly too close together, moving his feet to exact shoulder length will give him a better platform to operate from. He tends to be slightly off balance after throwing the ball because of this. The last thing that will help Freddy elevate his game is controlling his feet. He can be sporadic sometimes causing him to rush his throws. The saying Smooth is fast holds true. I’m excited to see how Freddy continues to progress moving forward, the sky is the limit.