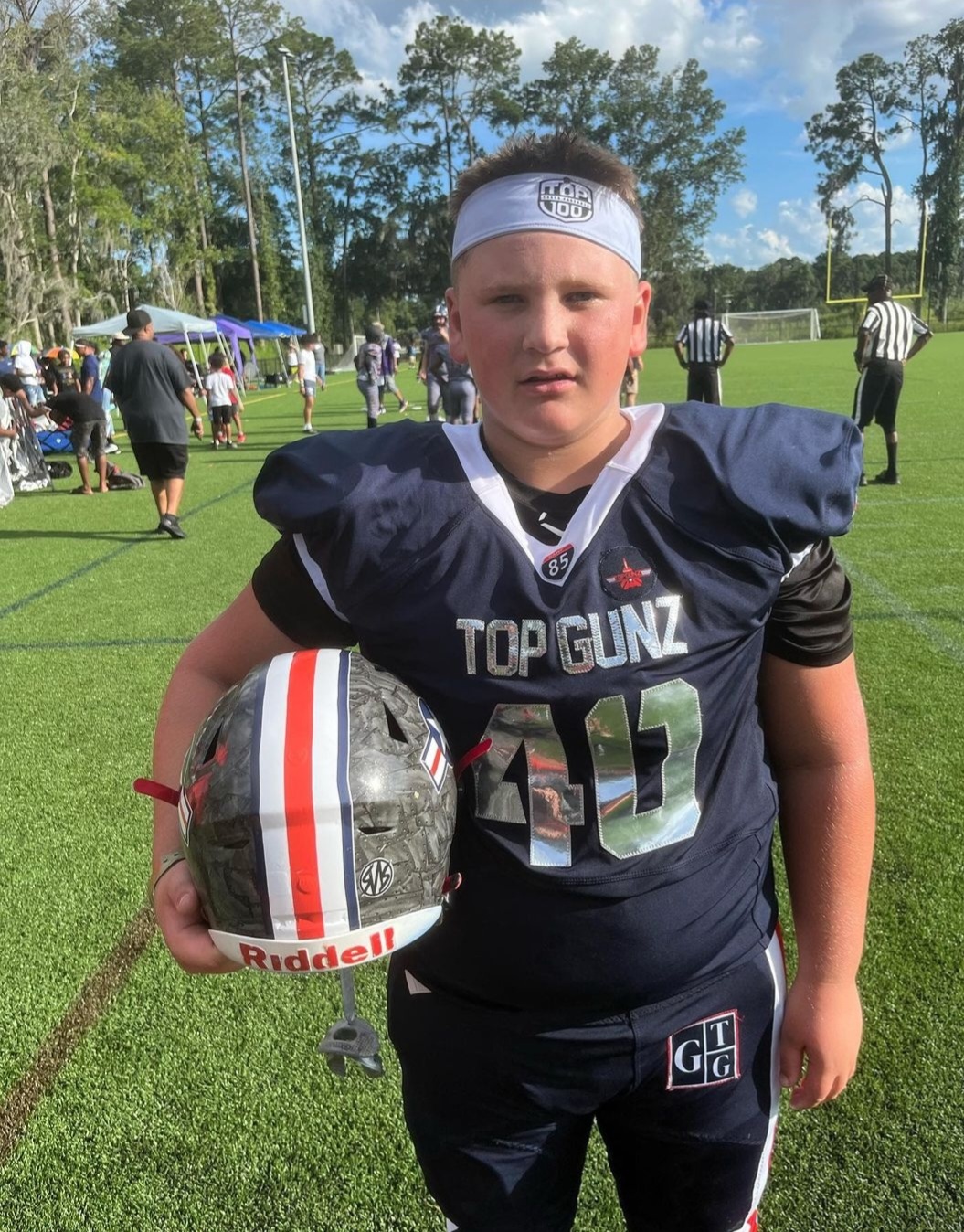 The heart of the team is the line and games are decided in the trenches. Cooper is as dominant as they come on the offensive line. Cooper is very physical and violent with his hands forcing his opponent to step out of the way. Cooper has quick feet and an explosive first step allowing him to beat his opponent to the landmark. His base is solid as well, Cooper maintains his low center of gravity transferring his power forward through his hands. In the pass game, Cooper is agile and has some of the best footwork I’ve seen thus far. In the run game he’s a force to be reckoned with as he clears the runway for his running backs to take off. If you put Cooper in a 1 v 1 situation, 9/10 times he’ll completely dominate. I’m very impressed with his body of work, his athleticism, but most importantly his leadership. Cooper is definitely worthy of the recognition. No line no shine is the motto. Well done Cooper, keep grinding.