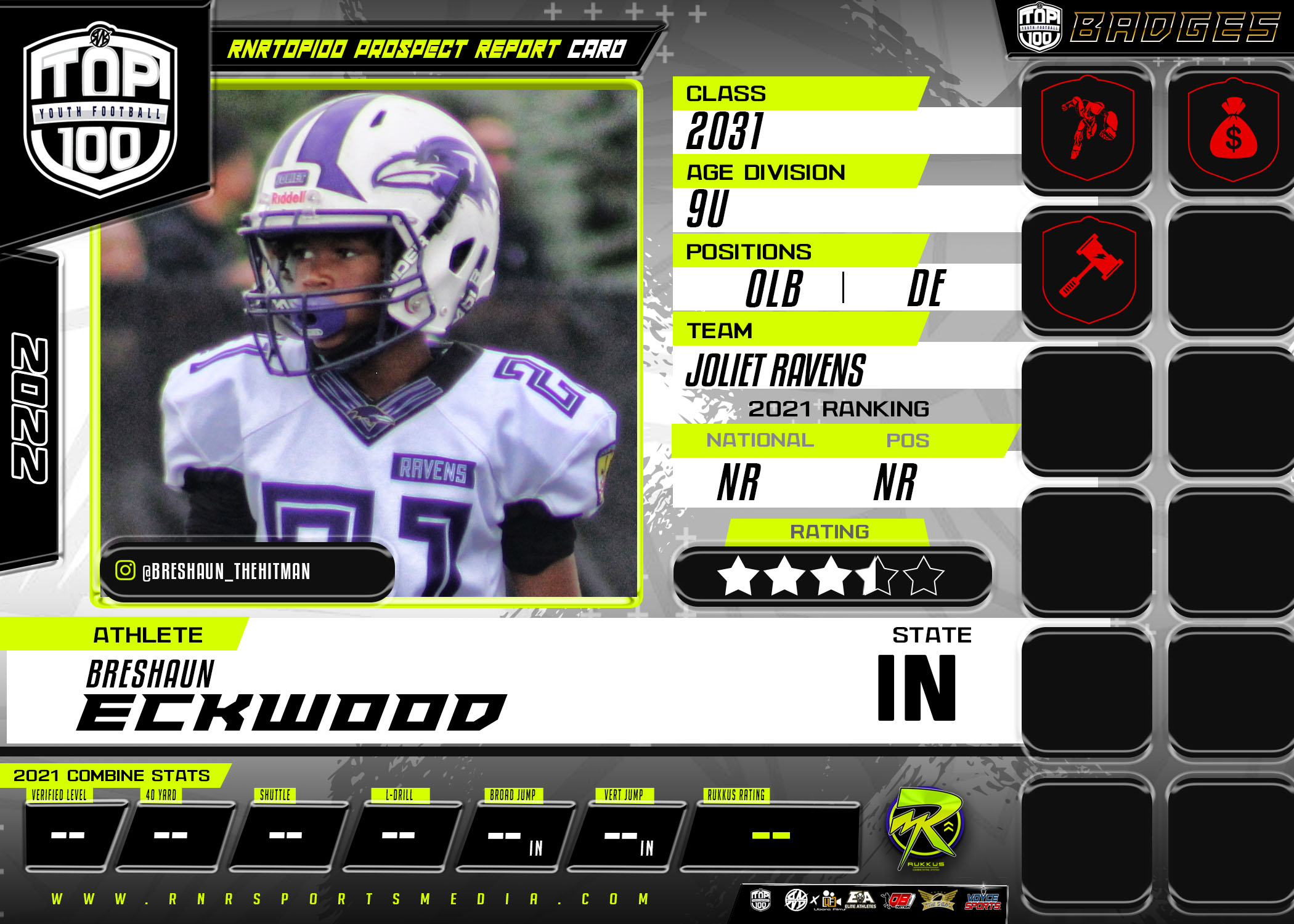 Breshaun is an intriguing prospect at such a young age for a few reasons. He plays some Tight End for his team showing glimpses of potential on offense, and he looked impressive playing outside linebacker when I saw him on film coming off the edge. His athleticism and comfort with playing in space is something that sticks out. He moves more like a rangy outside Linebacker than a nice size defensive-end. On defense, he shows great instincts and speed in flying to the football. He may be a little young but this kid drops that hammer defensively thats why his nickname is the Hitman, but assuming he can continue to grow into the position sniffing out plays, he could be a candidate to thrive in a hybrid role mixing responsibilities of a linebacker and defensive end as he continues to learn the game of football pushing his ceiling to new heights.

The RNR Committee Rates this athlete 3.5 out of 5 Stars. His evaluation has earned the following badges as well.