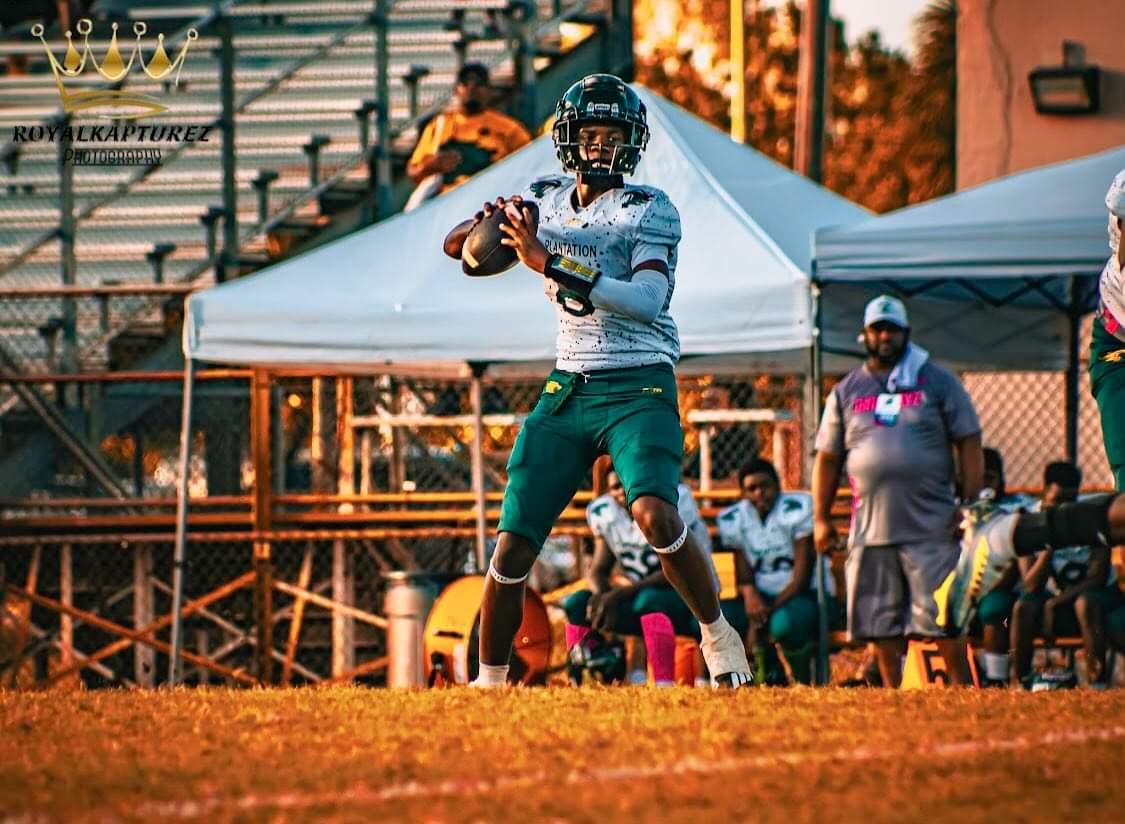 kobe Bryant once said “After all, greatness is not for everybody.” The top of the mountain is lonely sometimes. The greatest leaders lead by their actions not their words. Neimann is without a doubt the best Qb in the nation bar none. Being ranked number 1 comes with a lot of responsibility but Neimann has handled it with grace and class. Neimann is a once in a generation Qb, someone who capitalizes on the gifts that he’s been blessed with. The way he carries himself is a testament to how he prepares daily.

Neimann’s body of work precedes him, he’s the sharpest tool in the shed. There isn’t anything that Neimann can’t do and he does everything exceptionally well. The first thing that stands out is his poise and calm demeanor whenever he faces pressure. Neimann is able to think things through and make sound decisions in clutch moments at such a young age. Neimann is exceptional at going through his progressions, his IQ is extremely high. He’s capable of breaking down a defense during his presnap read that gives his offense the advantage. He trusts that his OC will call the right plays to win each drive. It’s chess not checkers for sure. This type of Qb is a joy to have because an OC will have no doubt that he can lead the team to victory. Neimann has very good mechanics. It’s sound, sharp, and smooth. He’s like an artist and the gridiron is his canvas. His snap to target time averages out to 2.2 seconds which is by far the fastest in his class. Neimann is also very mobile. He’s scary good, Jalen Hurts 2.0. Neimann can make every throw within all levels of the field. He’s deadly accurate, efficient, and looks comfortable while doing it. He delivers dimes time and time again. For a reciever that makes the game more enjoyable and it allows his recievers to unlock their hidden potential. Neimann is a playmaker who just has it, the moxy, the talent, the character, and any coach that gets the chance to coach him will experience great joys.

When you reach the top of the mountain you must be willing to elevate yourself even more and Neimann is up for the challenge. These tweaks will keep his game polished and ready for any situation that comes his way. I’d like Neimann to relax his front shoulder. His tendency of being tense forces him to throw high sometimes resulting in incomplete passes. Relaxing his front shoulder keeps his rotation effortless and his chest visible to his targets. His throwing motion is smooth, the only downside is his ball load position. His load position is way too high which slightly throws off his balance. By loading the ball in his right chest area this creates a smoother transition from his chest to his Apex. Lastly I’d like to see Neimann master the art of buzzing his feet, stay ready so you don’t have to get ready. He does it but being more consistent is the key. Neimann is definitely my favorite Qb out of the 2028 class. His game is so graceful that it makes me proud. This Qb is special to me. Neimann has no limits to what he can achieve. By staying on track, i see Neimann bringing home the state player of the year in high school and the Heisman trophy in college. Stay tuned and get your popcorn ready because the Airshow has begun.