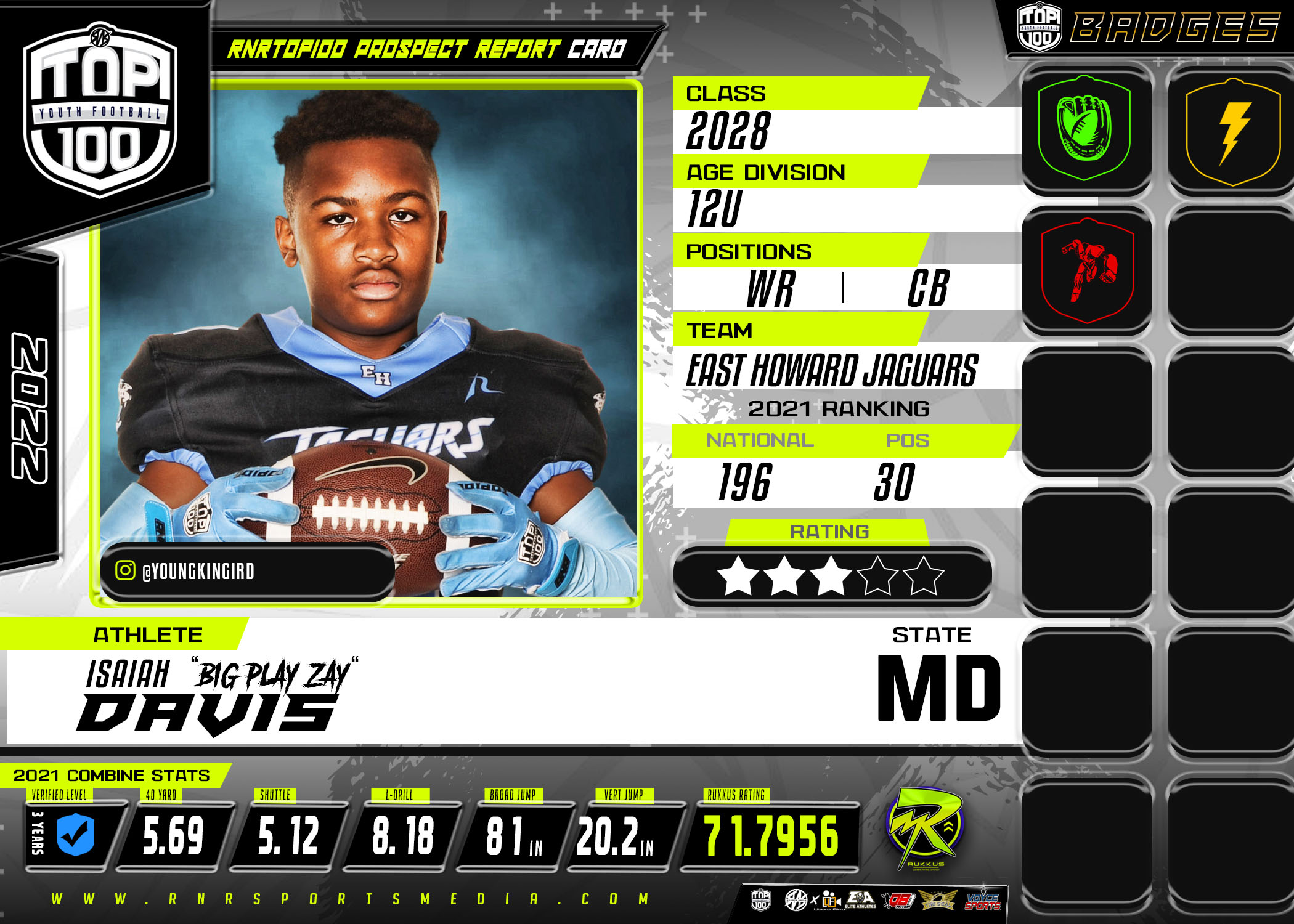 Though Isaiah Davis isn’t necessarily a dangerous downfield threat he brings enough quickness to gain release off the snap and exploit gaps in a defensive scheme. Davis makes things happen in a small space with how elusive he is especially on screen plays & bubbles.  His route-running technique is advanced beyond many contemporaries, enabling him to shake off defenders in tight coverage and snag receptions in stride.

Davis displays excellent body control along the sidelines and remains compact while facing traffic in pursuit of open space. All in all Davis is a football player and lowkey also a very skilled defensive back with playmaking ability. With one more year on the youth level were interested to see how far can this skilled athlete climb the Top 100 rankings.

The RNR Committee Rates this athlete 3 out of 5 Stars. His evaluation has earned the following badges as well.