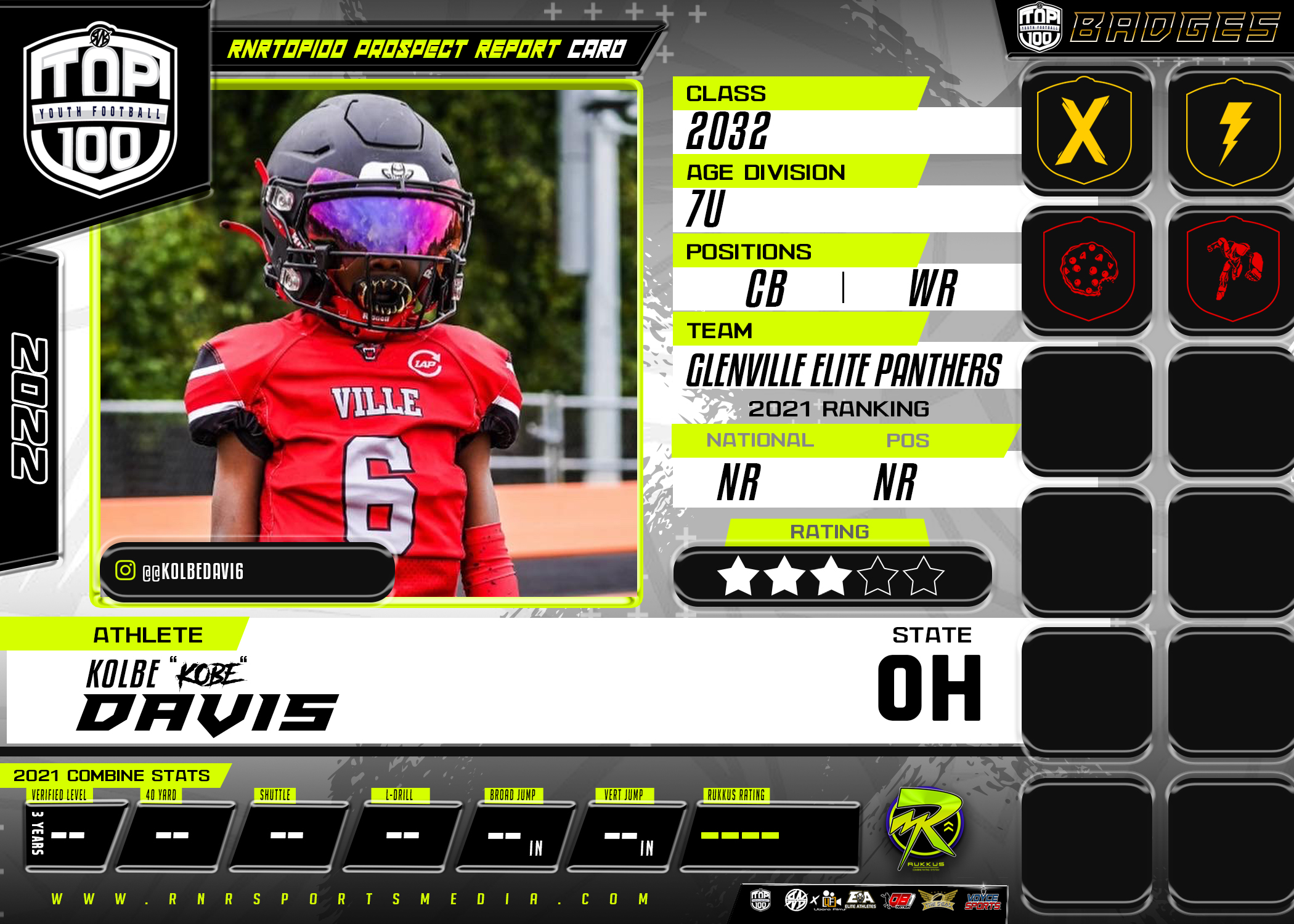 Kolbe Davis is a speed merchant who has the unique ability to cut while maintaining the option to accelerate in the open field. What makes him an intriguing talent is he has the capability to line up at receiver or Running-back. At those positions, he puts defenses in a bind because of how natural he is. The 7u youngster is a surprisingly  decent pass-catcher combined with his versatility to still be a threat in the run game on speed sweeps. Overall, Davis is a weapon who could be used in a variety of ways including on defense. Because he’s fluid enough to play corner, but there isn’t that much passing at that age. So his potential at safety. He’s a aggressive young fella who loves to stick his nose in theplay. Not to mention he can cover a lot of ground while maintaining the kind of physicality that players older than him have. Keep an eye for this young fella who knows what he will evolve to but right now he has the JUICE.

The RNR Committee Rates this athlete 3 out of 4 Stars. His evaluation has earned the following badges as well.