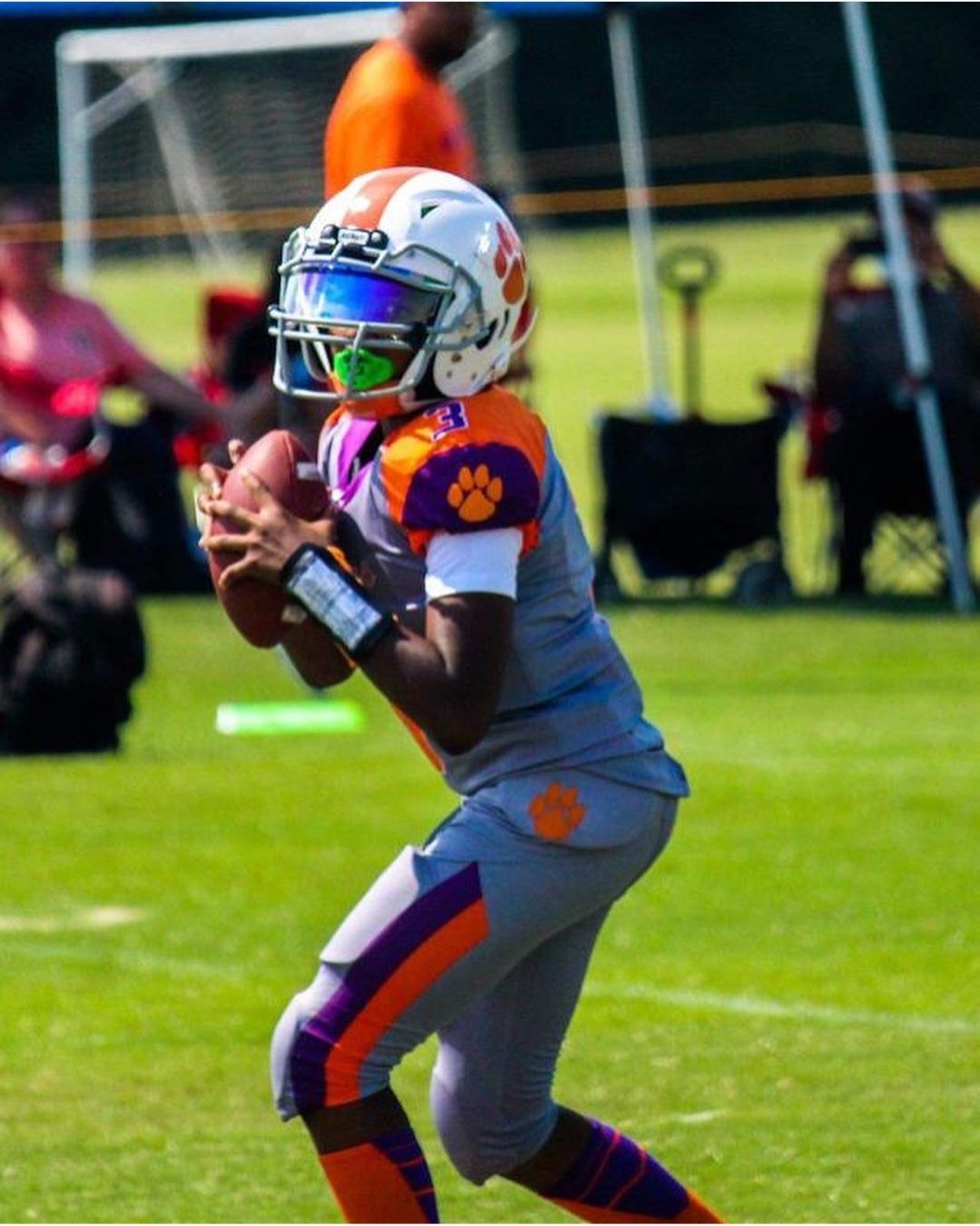 This young general showed up to our seal event this past year and threw dimes on a rope. Shakeil’s performance earned him the inaugural Kenya Loving MVP awarded to the Qb who showed outstanding leadership, determination, and the passion to be the most outstanding positive role model for all.

Shakeil is a total gamer, ready to embrace competition and he enjoys doing so. I’m impressed with his anticipation in the medium to deep parts of the field. His recievers catch the ball in stride never sacrificing any speed. When Shakeil and his offense reaches the red zone, he’s as accurate as it gets. He’s a pocket deadeye and throws lasers to where his recievers can get to the ball. The most impressive attribute is his ability to keep his head in the game, in football momentum will sway. The team that takes advantage of that momentum often comes out on top at the end of the game. I also like how quick Shakeil can diagnose a scheme then deliver the ball, he has the prettiest spiral in his age group and his pronation is effortless. I expect great things from Shakeil moving forward.

Shakeil lives to compete against the best and does so very well. A Qb is like a pilot, the plane will fly wherever you take it. These tweaks will elevate Shakeil’s game and make him a household name for years to come. Shakeil has the tendency of not finishing his hip rotations, leading to passes that may sail high. This is an easy fix, as his arm moves towards his target Shakeil should flip his hip and end up in the same position as if he was standing stationary. This is vital to achieving proper weight transfer as it’s the difference between a touchdown and an interception. The next thing I’d like Shakeil to do is trust his legs more, not necessarily to run but to buy more time for himself. He’s very mobile and can use this to his advantage. The age of the mobile quarterback will never phase out because of the value of mobile Qb’s. Another thing that I’ve noticed was the amount of contact Shakeil is taking while scrambling, it’s an absolute no go. Shakeil will benefit from learning how to slide and when it’s necessary to take contact. The worst thing a Qb can be is injured. I encourage Shakeil to protect himself more. With that being said Shakeil has rare talent and ability that once mastered, will set him apart from the rest of his peers. There are no limits.