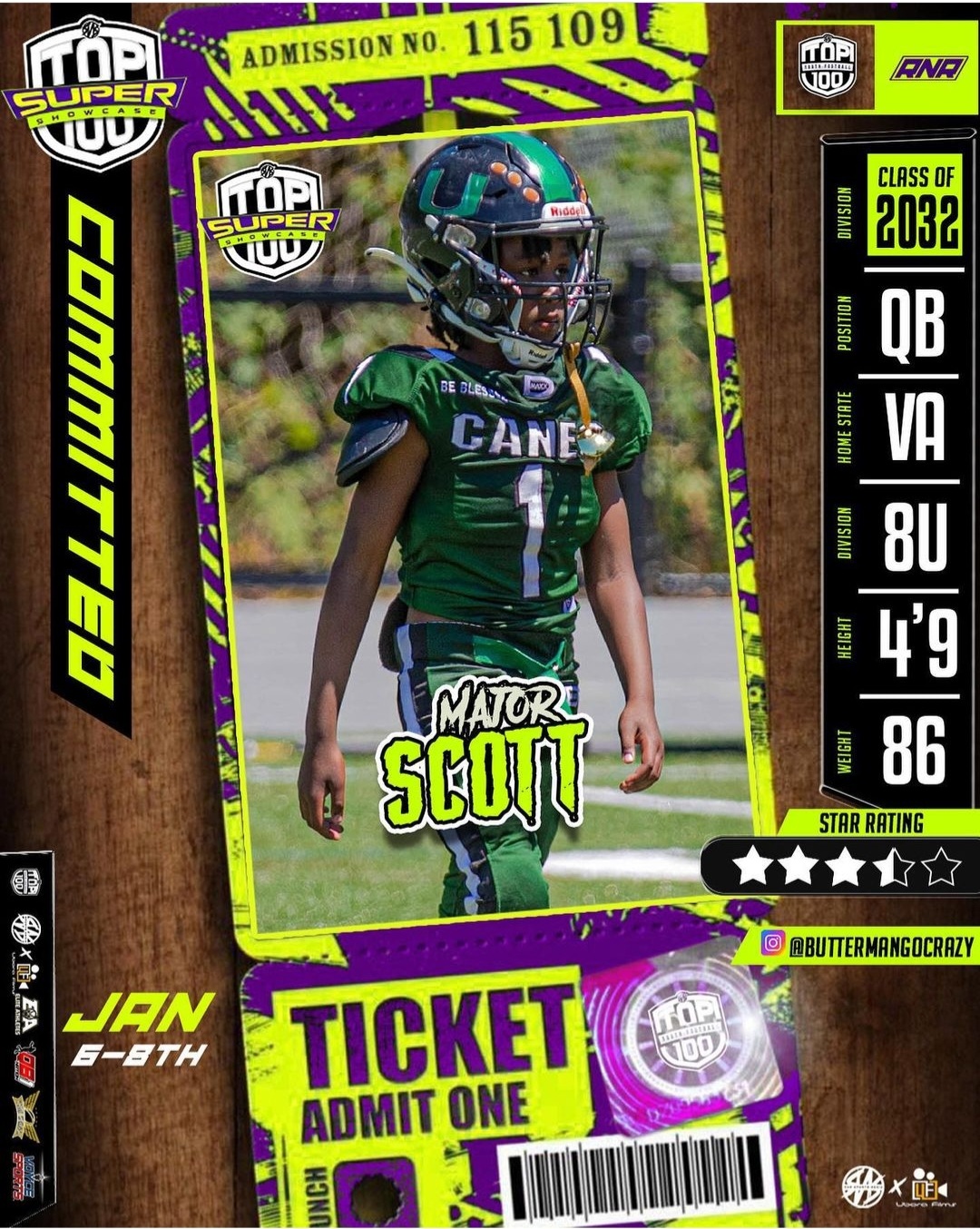 Here’s one of my favorite student athletes in the country and someone who’s passion is what drives him. You can’t measure heart and Major has that. When we talk about the most electrifying playmaker in his age group, Major is definitely in the conversation.

Major is an explosive athlete who’s first step and quickness allow him to stay ahead of the defense. The way Major changes direction without sacrificing speed is absolutely insane. Stopping on a dime, taking ankles, and making defenders miss are all amazing skills. Major has the ability to be a game changer. Teams often have to gameplan around stopping him and that says a lot about his impact on the game. Once Major sees green grass he has the breakaway speed to leave defenders in the dust. With his long stride Major covers ground quicker than most athletes. Major is also an athlete that gets stronger as the game goes on and he lives for the clutch moments. Major has good vision, if he feels the need to bounce the ball to the edge, he has the speed and quickness to do so. Another thing that impressed me about Major is his motor, this young man goes one hundred percent each and every play, that translates well as he gets older. The fact that he’s this developed sets Major apart from his peers. I like Major’s ability to impact the game on defense as well. He reminds me of a young Buddah Baker the way he locates the ball and goes to track it. When you can capitalize off of turnovers and manage the clock efficiently, it becomes very difficult for any team to keep up. I’m excited to see where his talents take him and how Major grows not only on the field but off the field. The most impressive thing about Major is his work in the classroom. Major is an A student and he takes pride in keeping his grades in order. This is refreshing to see at such a young age because some athletes just want to play football. Major is locked and loaded.