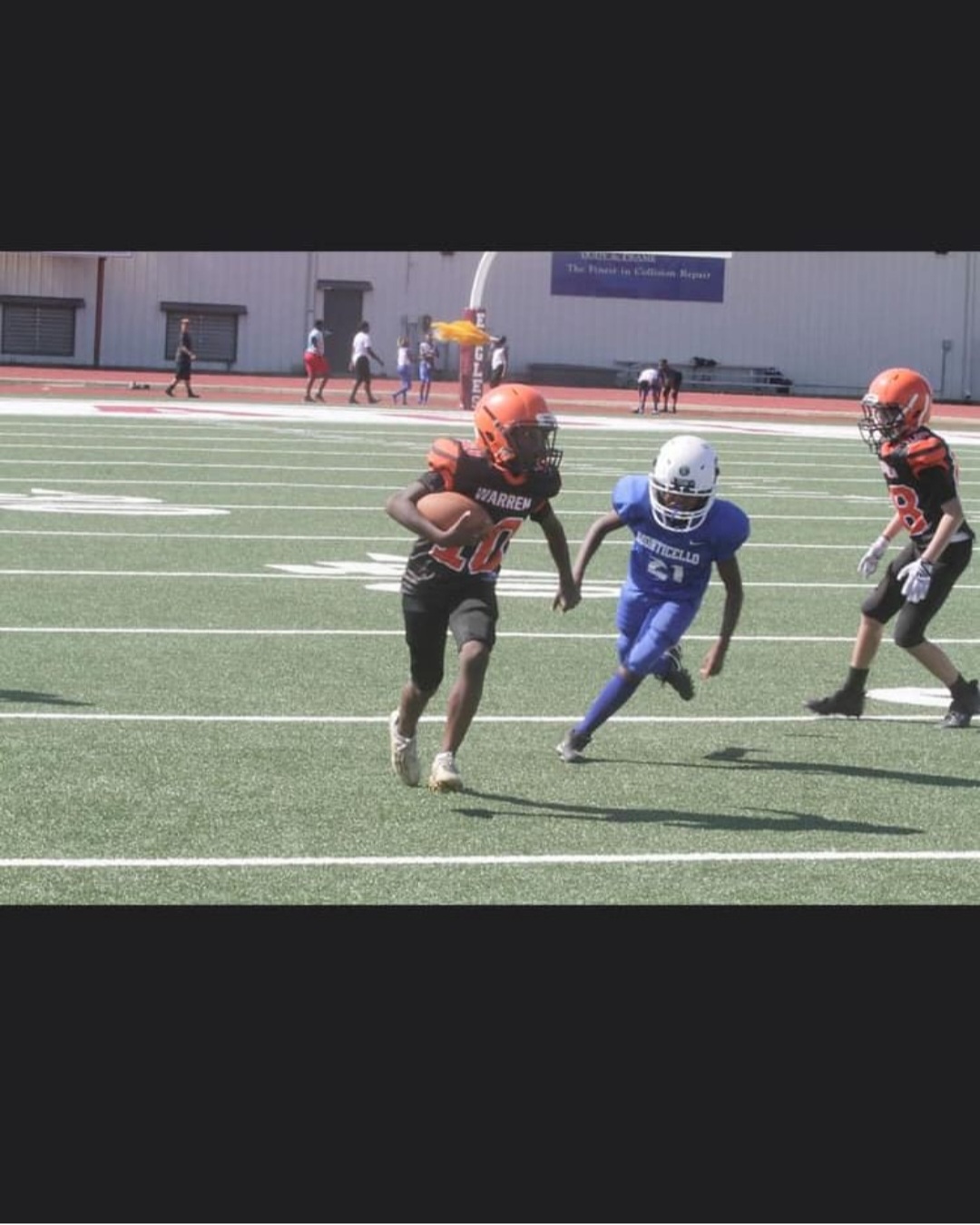 There’s a lot to like about this young man, his work ethic shows on the field. Jaysiah is one of those players who never gets winded. In the football world these special playmakers are labeled as the workhorses. I like his high motor and ability to make things happen. I’m impressed with his hands, Jaysiah doesn’t drop passes which is great news for his Qb. Jaysiah is a possession type receiver, guaranteed hands is always a plus in any offense. His ability to get yards after the catch is most impressive. Jaysiah is aware of the down and distance marker which allows him to think ahead of the game. I like his change of direction, Jaysiah doesn’t waste movement and that’s important for a slot receiver’s longevity. I like Jaysiah’s ability to run with power, he keeps his center of gravity low which makes him a difficult athlete to tackle. Overall, I like his potential and once Jaysiah masters his skillset they’ll be great things happening for him at every level of play.

I’d like Jaysiah to open his stride a lot more, he’s faster than what he shows. He has a tendency to tipy toe until he can see the lane versus attacking and adjusting as he goes. I want him to trust in his vision, it won’t let him down. Jaysiah also has the tendency to run loose with the ball, it’s imperative that he remembers his 5 points of contact, more specifically his chest. The ball should never swing or go over a defenders helmet, turnovers will happen 9/10 times. Protect the ball and move the chains should be the name of his game. Outside of this, I like this young man’s ability. With continued hard work and dedication, Jaysiah’s stock will rise.