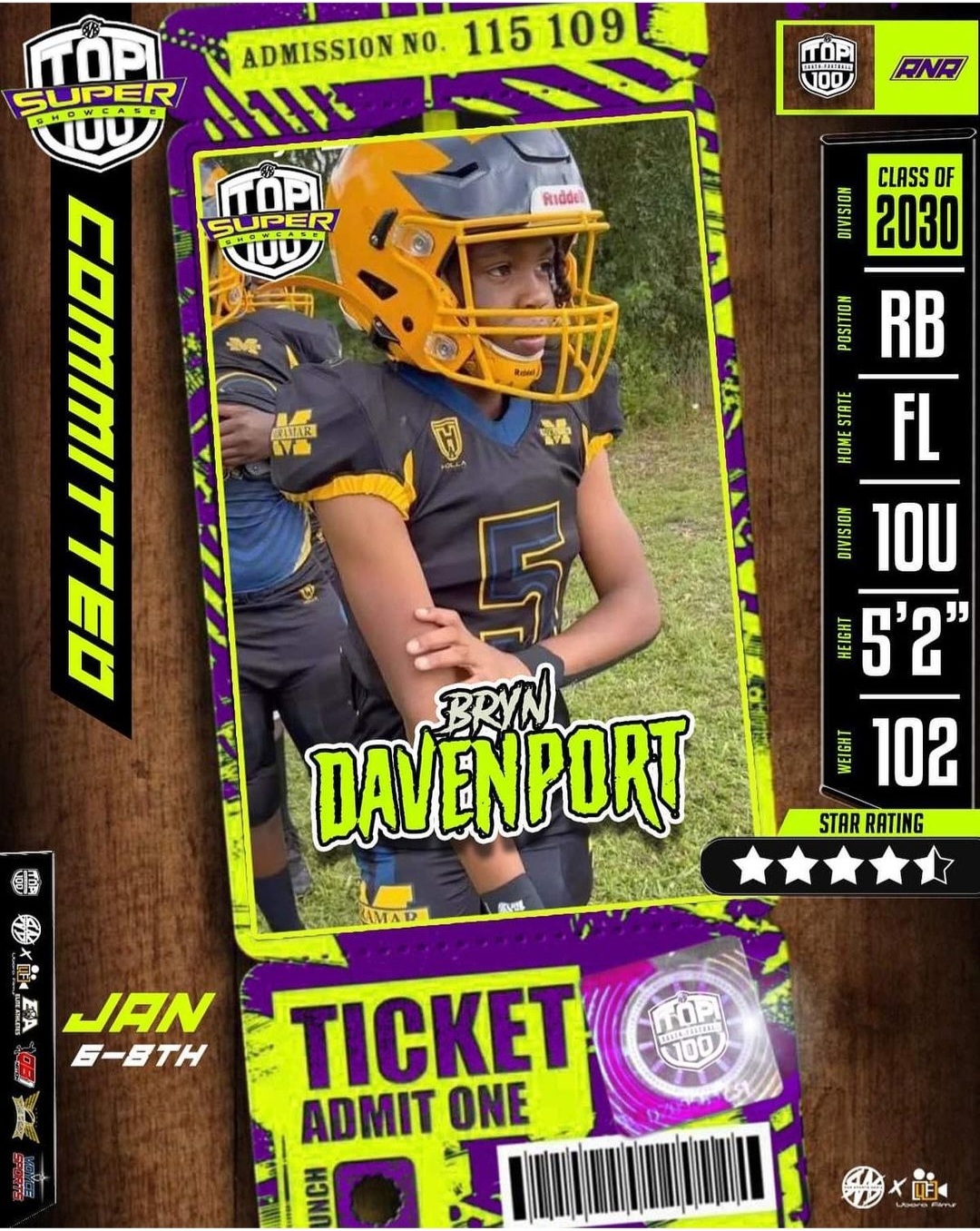 Bryn is a polarizing figure, a RB who’s naturally gifted at playing this position. His vision is the best I’ve seen in his age group. To be able to hit the hole then jump cut at the drop a dime is absolutely insane. Bryn has superior acceleration as well, he’s able to hit second gear as soon as he touches the ball. His speed is amazing, Bryn is blazing fast. If he gets to the open field you definitely won’t catch him. The best thing about this young man is his ability to change direction, hands down one of the best in the country. I love his game. Bryn is locked and loaded.