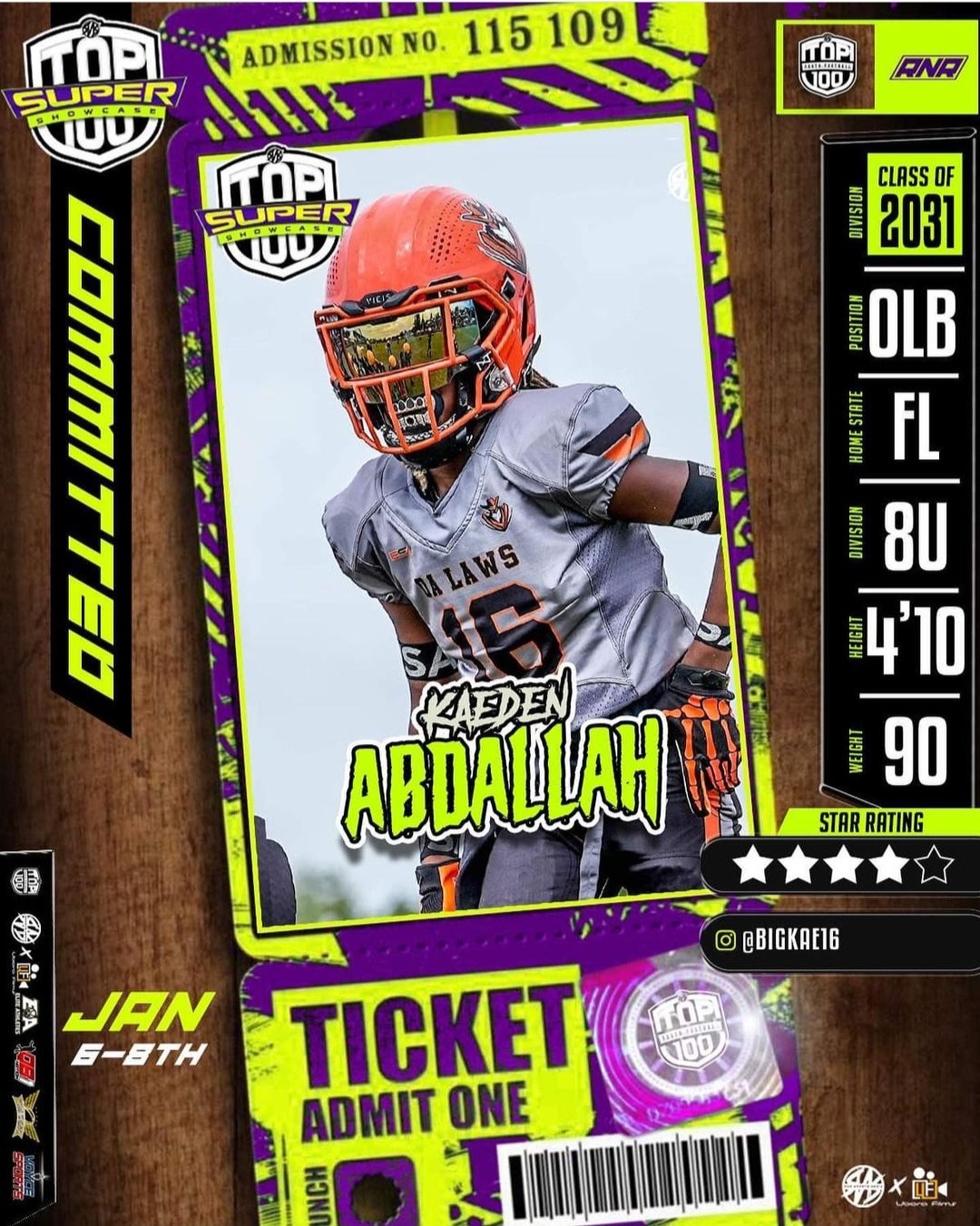 There’s a lot to love about this young man’s game, my goodness. Kaeden is the definition of a playmaker he’s involved in every play during the game. His ability to play sideline to sideline is second to none, he’s as quick and agile as it gets at this position. Kaeden has Supreme tackle pursuit ability, he won’t let anything get pass him. Kaeden has top notch speed to go along with his abilities which makes him an unstoppable force on defense. Kaden also has solid tackle technique and the force he generates is amazing. Kaeden is ready to match up with the best of the best and show why he should feared. Kaeden is locked and loaded.