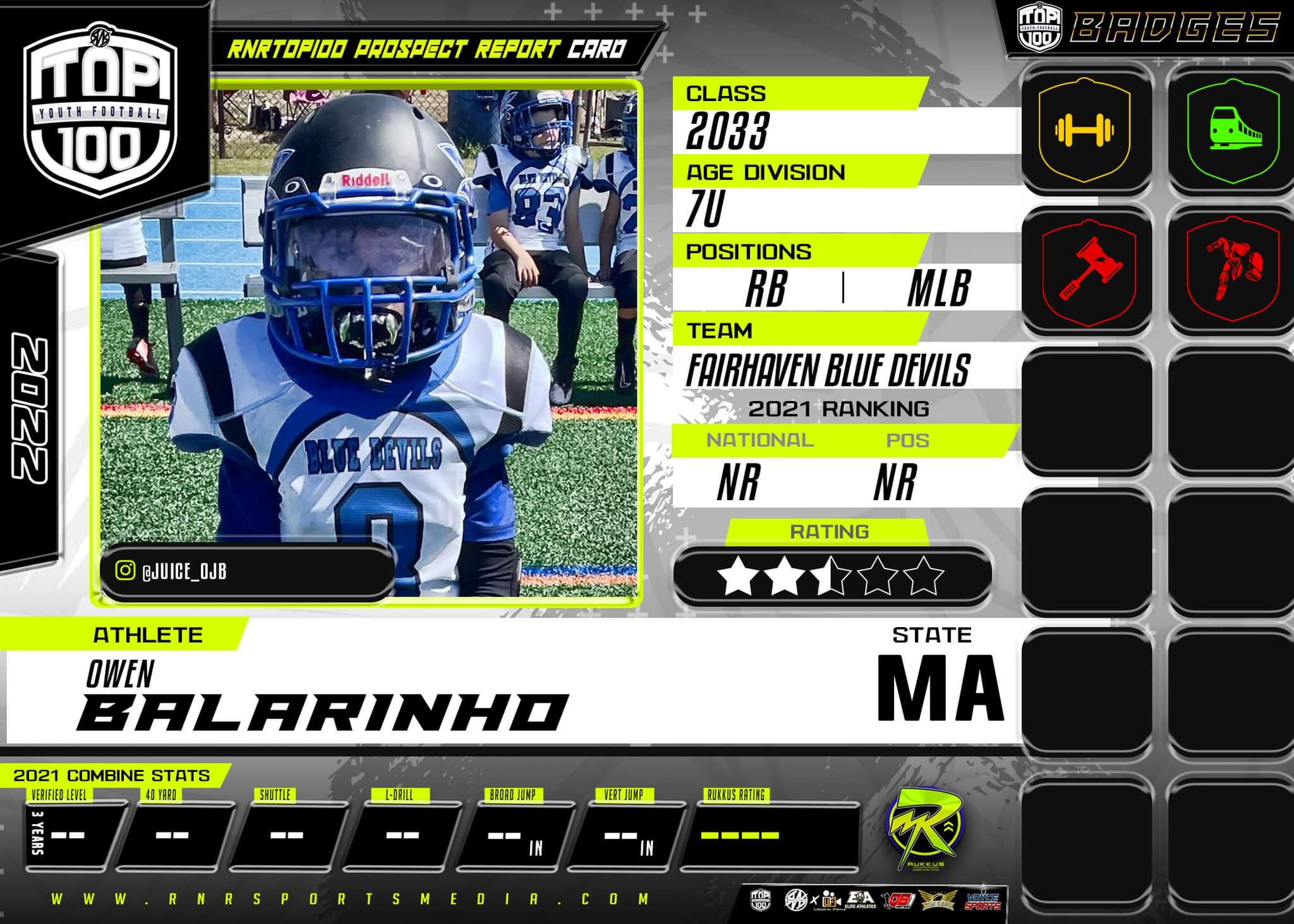 Owen is a hidden gem within his age group. I see a foundation that’s been built for him to keep progressing. Owen is a physical presence on the field. At RB he’s a physical runner who just happens to love contact. On defense, he’s a MLB who can play sideline to sideline and loves to hit. Owen has good pursuit angles as well. I can tell that he puts the time in outside of practice to get it correct. I like his high motor, which helps his defensive side. Owen doesn’t miss many tackles if any, and he’s skilled in open field tackling. I think that Owen will grow to be a very special player.

The RNR Committee Rates this athlete 2.5 out of 5 Stars. His evaluation has earned the following badges as well.