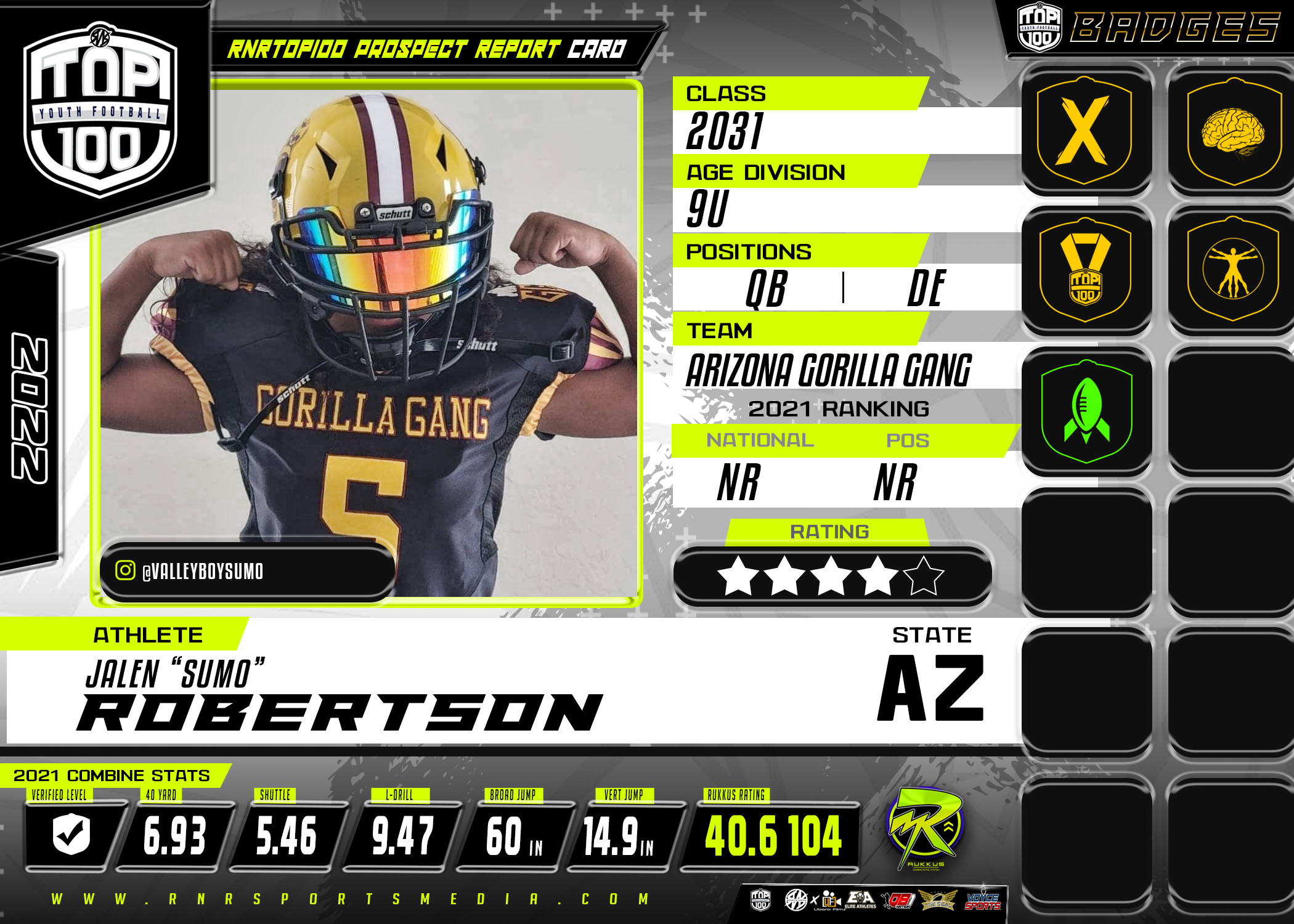 Some kids are a surprise to our team simply because of size, some kids look older off sheer size alone. At first glance Jalen “Sumo” Robertson has the size of a kid twice his age but his advanced game warrants that speculation. Operating an efficient RPO offense this kid is ahead of the curve spreading the wealth around. Robertson is extremely efficient inside the pocket, standing tall with a sturdy frame and finding his targets in a hurry, though he isn’t too limited as a runner either. He uses excellent lower-body fundamentals to fire footballs with precision and shows plenty of zip when he needs to.

The accuracy stands out utmost on film, as Robertson has the range to spray strikes across the field and does a great job dropping well-timed deep balls just ahead of sprinting wide receivers. When it comes to retaining information that’s an attribute overlooked when it comes to Quarterbacks, that’s the thing that makes Robertson special his ability to operate a high-powered offense tailored for older kids. If this kid continues to grow & develop at the rate, he is you’re looking at a highly sought-after Field General.

The RNR Committee Rates this athlete 4 out of 5 Stars. He also earned the following badges