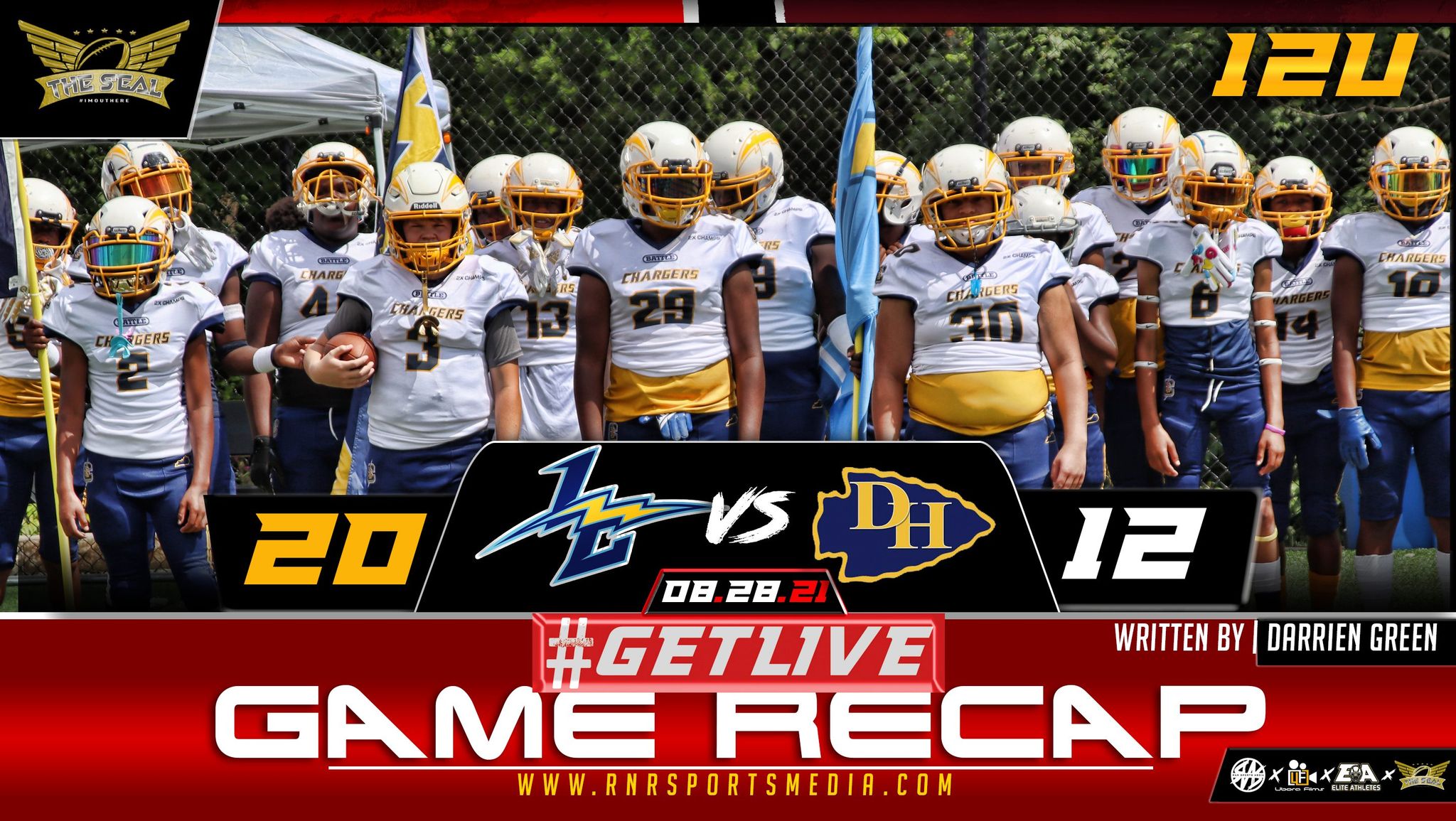 Louisville Chargers vs District Heights Chiefs 12U | This is part 2 of a National match up that occurred last year in Bullhead, AZ where the Chargers overpowered the Chiefs and ran away with a lopsided victory. “THIS GAME WOULD BE DIFFERENT THIS TIME AND WAY MORE COMPETITIVE!” Says Dudley “DMV Bootman” Irvin. Pegged as an early match up between two Top 5 nationally ranked teams with the reigning #1 team in the nation being the Almighty Louisville Chargers. But the chiefs loaded up this off-season coming in to this match up with impressive key victories over National powers Falcons United (GA) and the SRT Boyz (NC Giants). The Chiefs have a roster loaded with RNRTOP100 talent including new recruits OL/DL Rey Urquilla and ATH William Freeman III . Not to mention Rising Prospects Cam Thomas and #59 “ALPHA”! Needless to say the Chiefs reloaded and were strapped for this match up in particular but would the Chargers 35 game winning streak continue or a screeching halt!

The game opened up as a chess match . Both teams went back and forth like the heavy weight match we would expect but the Chargers would strike first. With their back against the wall the Chargers would turn to their 5 star X-Factor , THE BLACK MAMBA, Mr. Sekou Kamara. On 3rd and 12 on the Chiefs 48 Yard line, Zane Johnson would throw a dime in stride to Kamara and he would toast the defense for the first score of the game. Down 6-0 DH would respond by marching down the field with a methodic drive lead by field general Kash Carter. Chargers DB, Delano Collins would force the first turnover of the game by intercepting an under thrown fade, deep in Charger territory. Chargers take possession at their own 10 yard line. Lined up in a shotgun trips formation left, the slot receiver Dahmarie Wilson will slip into the flats and Zane targets him. He makes an easy catch Makes a man miss and goes 90 yards to break the game open! 14-0.

Most teams would fold down 14-0 early to the #1 team in the nation but the pedigree and resilience of the former AYF National Championship team wouldn’t allow a surrender. The Chiefs would mix a blend of run a pass on the next drive. William Polk broke an 18 yard run that would set the Chiefs offense up at the 1 yard line but the charger defense would respond with a huge goal line stand. Chargers would take over but forced to a quick 3 and out by the Chiefs defense. The Chiefs would lean on their Field General, Kash Carter on the next drive. Carter would connect with the hybrid H-Back, Franklin Douglass on the drive for several big time catches. Kash continues his hot streak and finds Cam Thomas on a perfectly placed corner route. With that strike, DH would bring the score within a possession 14-6. With 32 seconds left in the half, DH would commit football suicide and actually kick it to THE BLACK MAMBA! And in Mamba fashion, HE STRIKES! He slices and dices through traffic, spins out a would be tackle and hits the jetpack to push the lead to 20 – 6 before the half.

At half, both coaching staffs would make the necessary adjustments to stop the opposing offenses. Both defenses were biting. With 2 minutes left in the the 4th, Kash Carter would hit #10 for a 50 yard screen where he shakes a defender and gets to the chicken box! But the chiefs would run out of time to get their revenge and the Chargers 35 game win streak will extend to 36! The streak continues