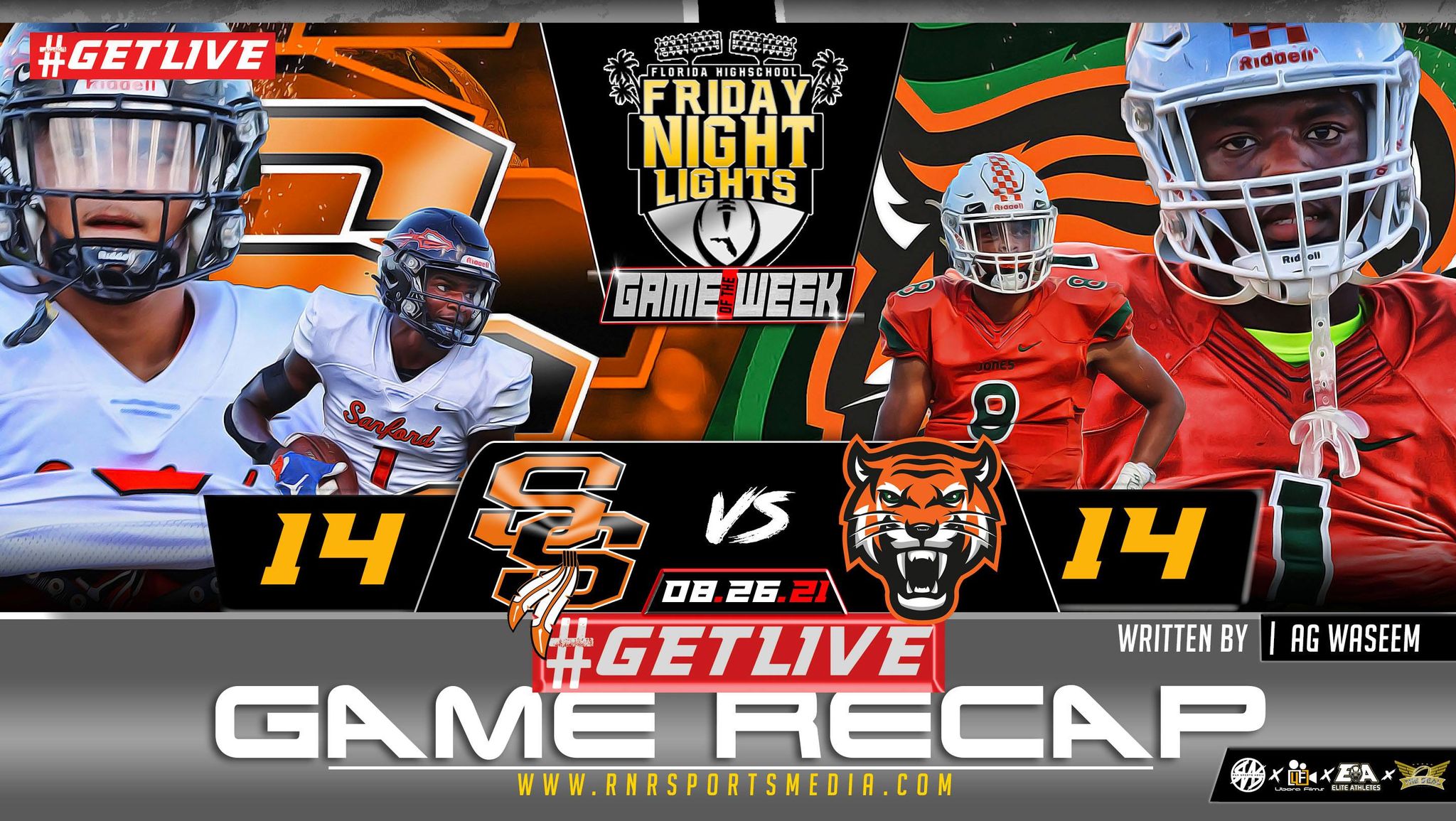 Everyone was looking forward to this Central Florida Clash of the titans between the Almighty Jones High Fighting Tigers and the 8A State Champions, Seminole. Both teams were schedule to play different teams this Preseason but because Evans and Edgewater both tested positive for Covid, we were gifted with this match up between two of the area’s proudest organizations. In the first half the game started sloppy as both teams had several miscues and unnecessary penalties. I’m sure both coaches were frustrated by their team’s performances but Jones would strike first. Cody on a 1-yard dive by Latravious Boyd. 7-0 Jones.

In the second half, Darren “Goldie” Lawrence, Seminole’s Player of the Game, heated up! Luke Rucker connects with him in the red zone and Goldie would punish a would be tackler to tie the score at 7-7. Jones QB Julian Calvez will leave the game due to a knee injury and the Jones Offense would stall. The momentum started to build in Seminoles favor during the 2nd half. The chemistry between Luke Rucker and Lawrence was evident as he would connect with Lawrence several more times on the night a 42 yarder followed up by an 18 yard slant and then capped off drive with a 22 yard TD where Goldie makes a reception in traffic, trucks two Jones defenders and walks in the end zone to give Seminole a 14-7 lead.

Later on in the 4th quarter Jayden Gillens,  Player of the Game for Jones took a punt 68 yards to tie the game.   After a fumble by Seminole Jones drove it down and attempted a FG but was blocked by Seminoles #4 Andrelous Graham. Seminole would try a last minute a hail Mary but it was intercepted by Javion Cobb.    Both he teams combined for six sacks, three interceptions and two lost fumbles on the night.