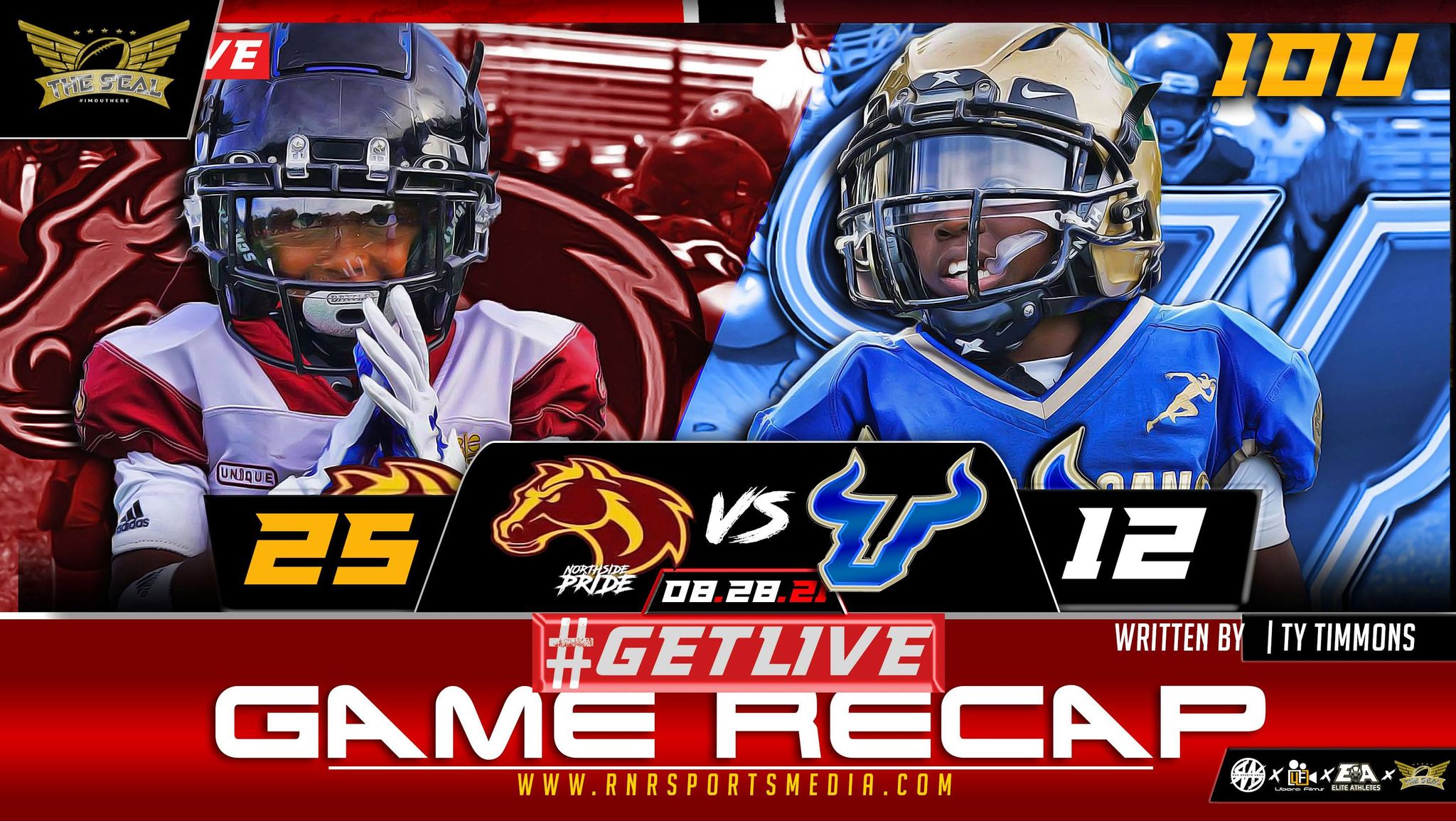 The national contender Northside Pride took on the new yet very talented University Area Bulls. Most believed this game would be a potential blow out but there was plenty of RNRTOP100 Talent that has been missing in action during the covid season but have popped up on this highly competitive UAB team lead by young Martavius Conway Jr. The pride would take the field first and after driving the length of the field, their first possession would stall out in the red zone on a fumble and give the ball over to the Bulls offense. The NSP defense would bend but wouldn’t break on the following series and forced a turn over on downs to regain control of the pigskin for their offense. Braylon Cave would cash in on this possession connecting with his favorite target Magic Kennedy up the seam for a 48 yard score. On the ensuing kickoff NSP would recover an onside kick and regain possession. Capitalizing on the turnover, they go right back up top to Brycsen Wright for an UP TOP CHICKEN BOX over two UAB defenders and brings the score to 12-0.

UAB would slow down the game and rely on their versatile ground attack. They drive down the field methodically for 6, bringing score within a touchdown 12-6. Later in the 2nd quarter, NSP’s Cave goes back to the air to connect with #14, for his 3rd TD Pass to 3 different WRs in the game. On the following drive, UAB would answer with another long drive capped off by a short run by Jackson Robinson. This game started to look like an all offensive affair and the last team with the ball would win but MT Conway Jr. steps up big time for the Bulls defense. He read the go route sees the release and attacks the ball at the highest point as if it was thrown to him. The game would go into half time with the score being 19-12 NSP.

After the half, the Magic man would take the stage. On the ensuing kick he would recover NSP’s 3rd Onside kick of the competition. Then on the next possession, he showed off his disappearing act. He took a toss sweep around the corner and up the side line for a 50 yard Run, Wallah! The score would bring the total to25-12. The game would be cut short in the 3rd quarter due to extracurricular activity in the parking lot. But this game was sure to finish with fireworks. We will be watching both of these squads very closely. We’re already wondering how the rematch would go if they both were in mid-season form…. Who wins the REMATCH?